Who Does God Call A Man? Part 1 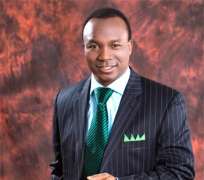 “Justice is turned back, and righteousness stands afar off; for truth is fallen in the street, and equity cannot enter. So truth fails, and he who departs from evil makes himself a prey. Then the Lord saw it, and it displeased Him that there was no justice. He saw that there was no man, and wondered that there was no intercessor; Therefore His own arm brought salvation for Him; and His own righteousness, it sustained Him.” Isaiah 59:14-16

A careful examination of this scripture, would reveal to us something quite alarming. Out of all the millions of people in the world, at the time when prophet Isaiah penned down these words. God himself confessed not to have identified a man. In verse 16a of that scripture, it says “He saw that there was no man…”

What? Did he say there was no man? Out of all the people in the whole wide world? No man? Relating this scripture to our time today, that is like saying, of the over seven billion people alive today, God comes around and complains, He can’t find a man. What a paradox that would seem to us. Alas! As I write these words however, I could hear the burden and the cry in the heart of God Almighty, that the same need persists today. EVEN GOD HAS A NEED.

Can God be frustrated about anything? Well, if this is not frustration I am seeing here, then I don’t know what it is. Could it be that even to this same present time, the maker of heaven and earth is frustrated that he can’t find enough men to take care of business on the earth.

What frustrated God so bad, to make him scream that he can’t find a man? A return to that passage would give us a glimpse.

“Justice is turned back, and righteousness stands afar off; for truth is fallen in the street, and equity cannot enter. So truth fails, and he who departs from evil makes himself a prey. Then the Lord saw it, and it displeased Him that there was no justice. He saw that there was no man, and wondered that there was no intercessor; Therefore His own arm brought salvation for Him; and His own righteousness, it sustained Him.” Isaiah 59:14-16

​God is frustrated by the following factors. Whenever these factors are present in any given society, God is angry, frustrated, irritated and grieved. His frustration is mainly directed at men. Men who he had charged with the mandate to manage the earth for him. Man who is now so much preoccupied with his own day to day survival. Men that have neglected his instructions and injunction, to rule and reign on earth,on behalf of God. This cannot but frustrate even God himself.

“To sin by silence, when they should protest, makes cowards of men.” ― Ella Wheeler Wilcox

​Below I will enumerate the factors that causes grievances in the heart of the master:

1. Whenever justice to ordinary men: widows. Orphans, poor, disadvantaged and the general mass is delayed or denied, that leads to God’s frustration. At a time like that, God laments, WHERE IS A MAN?

“If you tremble with indignation at every injustice then you are a comrade of mine.” ― Che Guevara

Justice is the foundation of any society. When that falls nothing else stands. Men of honor, men of God in a healthy society, stand in defense of justice. Men who know God and his heart, would not hide behind their pulpit when justice is been ridiculed in their society. Men after the heart of God, become the moral conscience, the guidance and custodians of justice, not simply in the security of the four walls of their church. No! They extend that wall to the wider society.

2. The next thing that frustrates the heart of God, is lack of judgment: when judgment turns backwards instead of going forward, when there is no advancement in righteous judgment, it grieves the heart of God. Judgment does not necessarily relate to the judiciary system.

“Justice will not be served until those who are unaffected are as outraged as those who are.” ― Benjamin Franklin

Judgment refers to a sound mind. When there is no sound mind in a society, people in that society don’t think straight, they are perverted in their thoughts. They are compromised in their judgment. Their thinking and their decisions, don’t always follow the natural flow of logic, because the society and the culture of the land has polluted the minds of ordinary people.

One of the dictionary meanings of judgment is the ability to make considered decisions or come to sensible conclusions. This only happens in a society where the value systems have been compromised. When that happens God is frustrated.

“For there is but one essential justice which cements society, and one law which establishes this justice. This law is right reason, which is the true rule of all commandments and prohibitions. Whoever neglects this law, whether written or unwritten, is necessarily unjust and wicked.” ― Marcus Tullius Cicero.

3. The next thing that grieves the heart of the lord is when truth is ridiculed: When God doesn’t see men who stand in defense of the truth. When men allow other people to ridicule, laugh and jeer at the truth, that cannot but bring sorrow to the heart of God.

“Let the first act of every morning be to make the following resolve for the day:

The state of Israel at the state of Isaiah’s writing is that truth was not only ridiculed, truth had fallen in the streets. Meaning, truth had become like a football, that is kicked and tossed around by passersby. That grieves God’s heart.

“In keeping silent about evil, in burying it so deep within us that no sign of it appears on the surface, we are implanting it, and it will rise up a thousand fold in the future. When we neither punish nor reproach evildoers, we are not simply protecting their trivial old age, we are thereby ripping the foundations of justice from beneath new generations.” ― Aleksandr Solzhenitsyn,

4. The next thing that breaks the heart of God and makes him to cry out of frustration for his men and their whereabouts is when equity has been squeezed out of the public square.

What is equity? It is the quality of citizens of a given society to relate to each other in fairness and impartiality. When fairness disappears from the public discuss of any nation, when partiality replaces impartiality, God begins to look for men – His men.

“There is a difference between what is wrong and what is evil. Evil is committed when clarity is taken away from what is clearly wrong, allowing wrong to be seen as less wrong, excusable, right, or an obligatory commandment of the Lord God Almighty .Evil is bad sold as good, wrong sold as right, injustice sold as justice. Like the coat of a virus, a thin veil of right can disguise enormous wrong and confer an ability to infect others.” ― John Hartung

In those societies where there are worthy men and women of God, not necessarily preachers or religious men, but men that know the ways of God, they stand up against the collapse of equity in their land. Those who are men in God’s eyes would live and die for the promotion of equity, fairness and impartiality.

When a society begins to lack such men, that is the kind of thing that, brings sorrow to the heart of our King.

5. In the society where it is dangerous not to practice evil like others, it means, men after God’s heart have disappeared from the land. At the time of Isaiah’s writing, things had gotten so bad that according to him “ he that departs from evil makes himself a prey” it was so unpopular to stand for what is right that people will not just mock and ridicule those who strive to live right, they would actually go to the extent of taking advantage of them, punish them, prosecute them and make a prey of them

“A true revolution of values will soon cause us to question the fairness and justice of many of our past and present policies. ... A true revolution of values will soon look uneasily on the glaring contrast of poverty and wealth. With righteous indignation, it will look across the seas and see individual capitalists of the West investing huge sums of money in Asia, Africa, and South America, only to take the profits out with no concern for the social betterment of the countries, and say, "This is not just." It will look at our alliance with the landed gentry of South America and say, "This is not just." The Western arrogance of feeling that it has everything to teach others and nothing to learn from them is not just.” ― Martin Luther King Jr.

My dear readers, is your society getting to that place? Can you hear the clarion call from heaven, telling you to arise and be the man God is looking for?