Food Security: Beware Of Locusts And Quelea Birds From Niger 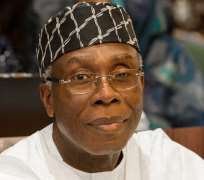 SAN FRANCISCO, September 06, (THEWILL) – The Federal Government has alerted farmers of locusts and Quelea birds coming into the country from Niger Republic which could worsen the food crisis facing the nation.

This was disclosed by Audu Ogbeh, Minister of Agriculture and Rural Development who gave the warning on Tuesday in Abuja during an emergency meeting with commissioners for agriculture from 24 states.

The Minister expressed fear that the current hunger in the country would further be exacerbated if the alert from Niger was not taken seriously.

“We have called you here for two major reasons. There is a warning we received that locusts and quelea birds are messing up in Niger Republic, from where they normally attack us in Nigeria,” Ogbeh said.

“We know how dangerous quelea birds and locusts can be. If they arrive within hours or days, they will ‎have wiped out everything the farmers would have put in the field.

“We already have maize crisis, and we may have food problems if we are attacked. This country would be in turmoil. We can't allow that.

“Prices of food today are high and Nigerians are troubled. People are angry and they want this high cost of food items to be resolved in no time.

“I believe that with the effort you are making, we are approaching the promise land. We are recording high yield in some states now.

“We must have an emergency team put in place between you and us at the federal ministry, so that we can tackle these issues very swiftly.

“Now that we know they will come, we have to design a strategy where chemicals are available in all the states and contingency steps can be taken quickly.”

The Minister also revealed that a disease known as army worm had been attacking maize in the country.

He called for an emergency team to address the problem, which he explained was responsible for a severe shortage of maize, making the staple to sell for as high as N15,000 per bag.