My life is under threat, Nollywood producer cries out 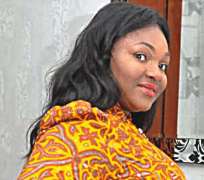 By Benjamin Njoku
Nollywood actress-turned-producer, Chioma Okoye, is currently gripped with fear as she alleges that her life is under threat by a woman who accused her of destroying her marriage following the storyline of her new drama series, “Lagos Men.”

The woman,who alleged that Okoye made a movie out of her true life marital issues reportedly sent thugs to attack the actress at her home recently. She and Chioma Okoye reportedly met three years ago through a mutual friend.

The woman had been invited to Chioma Okoye’s house for drinks and after a couple of shots opened up about the chaos in her marriage. Exposing how her husband sexually harasses her under-aged daughter to the point of getting her pregnant at some point. The woman allegedly sought Chioma’s help as an entertainer to expose her unrepentant husband’s evil deeds as she was tired of fighting him over it.

However, based on mutual agreement, Chioma Okoye hit the location, and shot the series. Now, the drama series has been released, and the affected woman is spitting fire, as she’s threatening to kill Chioma if she doesn’t take down the series currently showing on her social media platform. The woman reportedly sent thugs to attack the actress at her home recently, arrested and detained her unlawfully.

It was gathered that the services of the Police Inspector in Ajah Police Division were also employed to force the actress to take down the series and stop further viewing.

Chioma said she was offered N3 million to shut down the movie.

Narrating her ordeal in a telephone chat with HVP, Chioma said the woman who has been sent packing by her husband has vowed to deal with her.

“Nigeria is a lawless country. She’s threatening that she will kill me. I spent a lot of money to make the movie and they are asking me to stop showing it on my platform. I am afraid of releasing the movie on DVD. Her husband’s real name was used as one of the characters in the movie,” she narrated.

The series, “Lagos Men”, focuses on men, marital vows, secrets, scandals and more. According to the producer, the aim of telling the story of the woman was to help give her a voice and also to show what happens in the society with the hope of changing it.