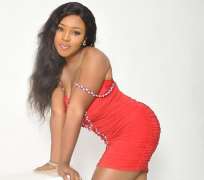 By Kehinde Ajose
Beautiful actress, Bose Alao Omotoyossi broke into the industry with the movie Itakun. Since then, she has proven her mettle with every role she interprets. The mother of four who once took a break from acting because of demands of motherhood is back and ready to soar to greatness. In this interview, she shares what it takes to stay married to popular footballer Rasaq Omotoyossi, and many more.

How did your journey into entertainment begin?

I started with NTA’s Kiddies Vision 101 show in 1995. From there I began to feature on Speak Out. When I finished my WAEC exams, I went to the National Arts Theatre, it was there I met someone who introduced me to Bimbo Oshin. I played the role of a Waka pass in her movie, Eji Owuro

What was the experience like for you when you started out?

It was fantastic. I didn’t know I wasn’t going to stay too long at home after my secondary school education. My admission came early so I had to go to school. I shuttled between school, hostel and locations. I got a role in Itakun, that was the movie that brought me into limelight. When it comes to acting and developing my talent, I don’t watch people, I imitate myself to get better.

In an interview, you said your husband paid someone millions of naira to get your phone number. How true is that?

That was a misconception. I didn’t say that. My husband only told me he paid someone before getting my number. I honestly don’t know the amount. He was looking for a way to get across to me. He got my number through someone close to Ronke Oshodi Oke when Ronke wouldn’t give it to him. This was after he saw me in the movie Itakun. He said when he saw me on the screen, he told his siblings ‘This is my wife’ but his sister, according to him, didn’t like his idea of wanting to marry an actress. From there on he started finding ways to reach me. He later met a guy that was close to Ronke Oshodi Oke who gave him my number.

How long did it take you to say ‘yes’ to him?

It didn’t take me long to say yes to him because he looks very much like my brother that I love so much.When I met him, I immediately saw my brother in him. It wasn’t as if I didn’t have a boyfriend then, but my relationship with my ex wasn’t working out.

How long did you date him?
We met on June 19, 2007 and by October 2007 we were married. I discovered I was pregnant .That was my final year in school and I told him I wasn’t ready. He said he had told his parents he had found a wife. He came with his parents to meet my mum. That was how it all started.

When did you discover that he is a footballer?

I got to know he is a footballer when Ronke Oshodi Oke called me that a certain footballer wanted my phone number. I told her not to give it to him. I was told he is not a Nigerian that he is from Benin Republic. I later found out that he is a Nigerian but plays for Benin Republic. Eventually, I told her to tell him to call me. He called me and we scheduled an appointment.

How do you cope with not having him around as often as you would have wished because of the nature of his career?

Before the kids came, I wasn’t based in Nigeria .Wherever he resided; I was always there with him. We travelled together. Before we got married he was living in Sweden and I had to go to Sweden with him. I came back to Nigeria only two weeks to my wedding. We were not around in the country .Our families were planning the wedding on our behalf. Eleven days after the wedding, I gave birth. Five months after the wedding, we travelled again.

Why doesn’t he play for Nigeria?

He was banned in Nigeria. My husband is a very passionate person whenever he is playing football. I think he was given a five-year ban. That was years before I met him during his early stage.

How does he cope with seeing you act romantic scenes?

My husband gets jealous just like every man .I don’t sleep in hotels except it’s outside Lagos. Whenever I am on location in Lagos, I still have to go back home. I have to go home especially when he is around.

Do you still get advances from men?
I still do. It makes me feel young and happy. They are all always on my case but when I tell them I am married, they relent.

What has marriage taught you?
I used to be a very stubborn person. I didn’t like saying sorry whenever I did anything wrong. My husband gets angry easily, but when you are remorseful he calms down and tells you he is sorry too. It has really worked for me and I have used that a lot in my marriage. It’s not easy to apologise, especially when you are not the one at fault. I don’t just say sorry I go inside and kneel down to say sorry.

Has he ever had issues with anything written about you?

He doesn’t even read them.
I read somewhere that your husband buys you provocative clothes. How true is this?

Yes he does that.
Do you make him buy them?
My husband is not a cleric. Whenever he goes to shop for himself and he sees a cloth, he buys it for me. He prefers to see me wear those clothes than to admire them on someone else. He commends me whenever I wear them. Most times, he shops for me, except in cases where I see a dress that I love.

What is the most expensive thing he has ever bought for you?

I think it’s my wedding ring.