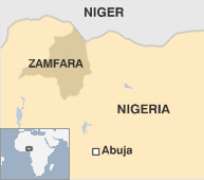 Every economy managed according to the rules of capitalism may experience boom, recession or depression. Nigeria’s current recession has been in the pipeline to burst anytime the shallowness of her economy was exposed. The current recession was not caused by ethnic, religious or social polarities existing in the Nigerian federalism: it was caused by an immediate factor called fall in crude oil prices. As far as I know, Nigeria’s recession or depression now or in the future could be occasioned by one other key factor: Nigeria’s fundamental economic disarticulation. Most African nation-states have been suffering from this since their political independence. Professor Claude Ake of blessed memory explained this in his book, A Political Economy of Africa (1981). So Nigeria or indeed any African economy being in recession or depression should not surprise scholars of the political economy of Africa.

The problem is that Africa’s political leaders have refused to change the disarticulated economies they inherited from the colonialists. They tout the idea of economic diversification or structural adjustment as mere lip service because doing so in reality will not avail them with the money they had come to steal from government. Who would imagine in 1980 that Nigeria would still be exporting crude oil in 2016? Or that her agricultural resources are yet to be seamlessly channeled to her home industries for further processing and reprocessing. And that some of the industries established by the whites that were key to the economic progress of the country were allowed to die: palm oil mills and cement factories in the former East, cocoa marketing boards and warehouses in the West and groundnut pyramids and stores in the North.

Since October 1960 when Nigerians took over the political leadership of the country, I hardly agree that her economic, political and social ideologies (if anyone could so qualify) properly integrated her means into an indissoluble whole. During the first republic, how were they able to ensure through a policy that palm oil, cocoa and groundnut continue to be the export revenue earners as commodities not primary produce for the country and give rise to relevant industries and factories across Nigeria? How was education to play an appropriate role in imparting related talent-based skills for the continued progress of an economy driven by these resources? How did they plan the population growth of Nigeria around these resources? How did they research, determine and utilize other allied resources derivable from or complementary to these resources? One can summarize the political economy of Nigeria’s first republic in the following progression: get political independence, replace the whites with Nigerians, build infrastructure and enjoy the derivables from political office. Infrastructure was emphasized by the whites to enable primary processing and movement of these resources to the Atlantic coast for onward shipment to Europe, enjoy themselves and pretend that the colonies were being developed. The new leaders also saw infrastructure in the same vein, despite the fact that they knew infrastructure is not development. The other reason for emphasis on infrastructure was that building of infrastructure was the easiest means Nigerian politicians can make personal money: “ten percenters” or “padding” as it is called today.

In 1966 when the military took over, the only development language they understood was infrastructure and that it equals development. Hence, government built all “buildables” and controlled the commanding heights of the economy and this was encouraged by the reconstruction, rehabilitation and reconciliation (the 3Rs) after the civil war. General Gowon’s development plans did not do an articulated or structured economic plan that linked education and resources to their applicable industries. Indeed it was more of infrastructural development plan. So when crude oil money came, government was busy building infrastructure, instead of linking material and human resources to relevant industries. Thus, from the 3Rs in 1970, Operation Feed the Nation in 1976, the Green Revolution in 1979, DFRRI, MAMSER and SAP in 1986, Vision 2010 in 1996, NEEDS in 1999, 7-Point Agenda and Vision 2020 in 2007 to the Transformation Agenda of 2011, Nigeria was steadily deceived by her political leaders who fed the embers of a disarticulated economy. Now the fall in crude oil prices has exposed the soiled smelling “yash” of the fowl.

Nigeria needs to take some immediate and long term actions to get out of the recession. First and foremost, all Nigerian governments must stop immediately, funding of religious pilgrimage. Second, President Buhari should pursue the recovering of all looted funds since 1999. Third, ensure that Niger Delta militants and military personnel collaborators are stopped from stealing Nigeria’s crude oil, consolidate on the security achievements in the North and curtail immediately the activities of cattle grazers. Fourth, dialogue with the National Assembly to reduce emphasis on phantom constituency projects and allow the state and local governments to develop their respective peoples. Fifth, deal decisively with NNPC’s wastages by ensuring better accountability and transparency in the management of the petroleum resources of Nigeria and cause the refineries to operate at least 60% capacity and let Nigerians enjoy fuel etc. Sixth, Customs and FIRS must be accountable now. Seventh, sack the current sports minister. Eight, government should not sack any other worker. Ninth, drastically reduce foreign travels and contingencies by MDAs, the Presidency, the NASS and all state and local government officials. Tenth, government should support Nigerian students who are currently studying abroad for the next four sessions and today begin to discourage Nigerian parents from sending their children to schools abroad and make our universities places for good education. Funds recovered plus the little from crude oil sale can maintain the system until things begin to improve. Reorganize the NOA to become effective in preaching discipline as an enabler of all economic, social and political activities towards a functional system because at present, Nigeria does not have the level of discipline required for her development.

Other immediate action needed is that government should borrow funds to support agriculture and manufacturing especially food production, cement, household goods, books, transportation and aviation. They should be able to lend to these sectors at very low rates to enable government redeem the loans.

On the long run, government should deal with the disarticulated economy of Nigeria. No material resource of Nigeria should be exported as unprocessed primary produce. Nigeria’s crude oil, palm produce, groundnuts, cashew, rice, millets, mangoes, corns/maize, potatoes, onions, tomatoes, yams, cassava, cocoyam, fishes, waters, etc should feed appropriate industries and factories and be processed or refined into commodities exportable as finished products. Oil and other minerals and vitamins extractable from them could form other allied industries and factories and the chain effects continue. What of Nigerian leaves and roots? These are besides other minerals deposited in Nigerian soils. The same process must apply for each resource. When this happens, Nigeria’s current population strength may not be enough to transform these resources into commodities and further commodities and on and on. So Nigeria should connect every resource to its industry and talents.

Furthermore, Nigeria’s educational curriculum must be changed now to become suitable for the above scenarios. Nigeria needs a talent-based educational system. It should provide supporting skills and knowledge that must be taught at the tertiary level where a child’s talents have been fully discovered and ready to acquire the skills to put the talents to work. When a person works according to his or her talents, he or she cannot be unemployed. But our current educational system which is skills based, creates unemployment by connecting people to skills only instead of talents. This is why after university education with skills, no work is immediately available to apply the skills and the result is unemployment. Thus, unemployment in Nigeria is not the absence of work: there is quantum work to be done, but those with the talents for those works are not connected to the works.

Increase investments in power, steel and petrochemical is another long term action for the Nigerian economy to consolidate its articulation and reduce the occurrence of recession or depression. This is crucial because Nigeria has the natural resources for these investments. What is lacking are the right political ideology, political will and social discipline. While political ideology is the map that guides both the leaders and the led to the development they desired, political will is the critical leadership needed in the ideological realization process. Society discipline is the fulcrum upon which all efforts rest.

The current recession should not lead to any panic by the government or the populace. I strongly believe that President Buhari will successfully take Nigeria out of it and launch the country unto a beginning articulated boom never experienced before. Nigeria’s development is possible.