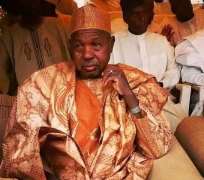 The Katsina State Government on Saturday said it would create an Industrial Park to boost small and medium scale (SME) businesses in the state.

Gov. Aminu Masari made the disclosure on Saturday at a press briefing in Katsina.

Masari said the Park would be established along Katsina-Jibia road in Katsina metropolis.

He said the area, when fully developed, would house all industries in the state.

According to him, the government has commenced talks with Skippers Transformers, one of the leading producers of transformers in the world to design a special transformer for the area for electricity transmission.

He said the government would secure support from the Central Bank of Nigeria (CBN) and the Bank of Industry (BOI) for the small and medium entrepreneurs to enhance their businesses.

Masari said the decision would improve the revenue base of the state and create job opportunities for the people.

The governor also noted that the government had signed a Memorandum of Understanding (MoU) with an Indian firm to revive the Kankia Metal Works.

He said the factory which commenced production two months ago, had produced nails and pipes of various sizes.

Masari said the factory, which was abandoned by previous administrations, was billed to generate over 400 jobs when its operation hit full capacity.

'We are now trying to make the state among the industrialised states in the country and to make it economically viable.

'The state government is currently ensuring that an enabling environment is created to attract investors. In fact, as it stands today, Katsina is among the safe states in the county,'' he said.

The governor, therefore, appealed local and foreign investors to explore the state with a view to investing in all the available opportunities. - NAN.