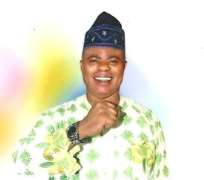 “Democracy is a process by which the people are free to choose the man who will get the blame”.-Lawrence J.Peter

Even as the Lagos State Government is yet to fix the exact date for the forthcoming local government elections in the state, some few chairmanship and councillorship aspirants in Ajeromi-Ifelodun have indicated interest to contest under the platforms of the Peoples Democratic Party(PDP) and All Progressives Congress(APC).

Though, each party is yet to conduct its primaries to nominate the rightful candidates to contest for the election. In Ajeromi precisely, Hon Fatai Ayoola has fully indicated interest to contest for the forthcoming elections in the local government.APC in Ajeromi belongs to two prominent political groups; Mandate and Justice. Among the two groups, another group has also emerged as BACO and Fatai also emerged from one of the two political groups.In PDP; two groups have also emerged, but the PDP powerful groups solely controlled by emerging politicians in the local government.

According to one of the powerful and prominent Arewa leaders in the local government told Mindset Media Limited at his Palace recently that Fatai Ayoola has duly paid his dues to serve the council. He has respect for political leaders and ready to work with the people in all ramifications.

In Ajeromi LGA,Fatai Ayoola posters are seen in all nooks and crannies being boldly pasted by supporters of his aspiration. Every other political aspirant under the platforms of both the ruling and the opposition posters are flooded in the local government.

One of the reasons Mindset Media Limited picks interest on Fatai Ayoola his consistent aspiration from federal to state and local elections to give Ajeromi formidable leadership if elected. In an interview granted on Ajegunle community- based Newspaper (Community Watch) by McAnthony,Hon.Ayoola said his cardinal points would be on education, health, youth empowerment and infrastructure.

Gone are the days when aspirants make many promises after being elected, he or she turns into tiger and makes more political enemies than fulfilling promises at campaign grounds.

My point here is that Fatai Ayoola has made his political manifestoes clear to everyone if elected; he must fulfill all his promises and must be accountable to equitable leadership that represents all ethnic groups in the local government. Politics in Ajeromi-Ifelodun is no longer as usual as it was in 5years ago where candidates are handpicked without integrity.

Napoleon Bonaparte says “A leader is a leader in hope”.Fatai Ayoola is one of the chairmanship aspirants that had lived all his life in Ajeromi-Ifelodun without relocating even when fortune smiled on him. His leadership aspiration is full of hope if elected but generally politicians are unpredictable and capricious when it comes to political power. But Fatai Ayoola has assured all supporters if elected, accessibility would never be a problem to anyone in the local government.

Again, Fatai Ayoola is a grassroots product ready to upgrade the Ajeromi council leadership coupled with his sound educational background and political exposure if elected and other chairmanship aspirants aspiring for the same council chairman are competent to take their voters to the Promised Land.

Finally, Ajegunle supporters or voters must shine their eyes to vote candidates with enviable records in the local government. It is not about wealth, fame, money but people-oriented programmes should be initiated by any candidate voted into power. Tribal politics, nepotism, favoritism and misplaced priority must be eliminated from the mindset of Ajegunle politicians.