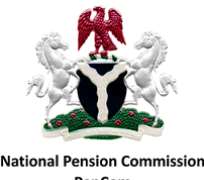 Top shareholders of the First Guarantee Pension Limited have petitioned the Public Petition Committee of the House of Representatives to compel the National Pension Commission to return the pension firm to its owners in compliance with court orders.

In a petition signed by the Chairman, George Ozodinobi and Company Secretary Chijioke Chuku and co, the petitioners alleged that the pension commission had for the past five years, illegally taken over the firm and has continued to take many unlawful actions.

Such actions include: “Disobedience to court orders and the directives of the Minister of Justice/Attorney General of Federation;

“Lack of transparency in the management of First Guarantee Pension Limited (FGPL) for nearly Five (5) years by not calling any Annual General Meeting, not publishing any audited account, not filling any annual return with the Corporate Affairs Commission, not paying any dividend and mismanaging the company in a manner that has resulted in its significant loss of its market shares; and

“There is also the threat to transfer FGPL’s pension assets to a PFA where the Director General’s family holds considerable shareholding”, among others.

Narrating their ordeals, the petitioners stated that First Guarantee Pension Ltd had declared and paid dividends up to 2011 by which time it was a leading PFA managing considerable pension asset, noting that it was at that point the commission illegally hijacked the firm.

The petitioners stated further: ‘’About this time, PENCOM, claiming to act on the complaint of a sacked FGPL Managing Director, conducted an examination and wrote a document titled “Draft First Guarantee Pensions Limited Target Examination”. Based on this report, the commission sought to remove three (3) directors/shareholders without giving them a fair hearing.

‘’On 11th August 2011, Justice D. U. Okorowo of the Federal High Court Abuja in Suit No: FHC/ABJ/709/2011 granted an injunction restraining PENCOM from taking or instigating certain actions flowing from its documents titled “Draft First Guarantee Pensions Limited Target Examination”, such action including the removal of one Derrick Ropper as director of FGPL, which enrolled order was served upon the Commission on 12th August 2011.

“Between 12th and 15th August 2011, the Commission took all the prohibited steps and more including the removal of two other directors and appointment of an Interim Management. The Minister of Justice/Attorney General of Federation, as party in the above suit, by his letters dated 17th August 2011 referenced HAGF/PENCOM/2011/VOL.1/2 and 8th September 2011 referenced HAGF/PENCOM/2011/VOL.1 directed PENCOM to obey the court orders which directive it ignored.

“In its judgment issued on 18th July 2012, the court found that PENCOM’s actions were prejudicial and was designed to alter the res in the case, the status quo antebellum and were meant to foist on the court a situation of complete helplessness. Justice Okorowo ordered that the Commission recant and reverse these actions and granted the Plaintiffs all the relief sought, both declaratory and injunctive, including the nullification of the “Draft First Guarantee Pensions Limited Target Examination.

“PENCOM’s response to this judgment was to instigate a minority of the shareholders, the Corporate Affairs Commission and the Economic and Financial Crimes Commission against those shareholders who stood up against its unlawful actions. This is best illustrated with Suit No: FHC/L/CS/145/2012 then before Justice Okechuckwu Okeke of the Federal High Court, Lagos.

“On 10th July 2012, the judge granted an injunction restraining the Corporate Affairs Commission, FGPL shareholders from “…convening and/or holding ANY ANNUAL GENERAL MEETING…” of FGPL. This order was served upon all parties concerned and the Registrar-General of CAC even caused his Special Adviser to confirm receipt of the order in writing with an undertaking to “… do what the court says”.

“Yet PENCOM instigated on Ms Funmi Oluwo to file with CAC a PENCOM certified change in share structure dated 13th December 2011 and a CAC resolution dated 18th July 2012 stating that an Annual General Meeting of FGPL held at Valencia Hotel on 13th July 2012 which appointed Alhaji Kashim Ibrahim-Imam, Hon. Tsegba, Dr. Ahmed Salik, Dr. Pat Asadu and Hon. George I. Ozodinobi as directors. PENCOM also approved this appointment of the directors and always related with this board against the court’s order.

“The Chairman of that board-Imam, the Director General of PENCOM (previously also Secretary to the Commission/Legal Adviser from the inception of PENCOM) and its interim management have collaborated in excluding the other stakeholders from the affairs of FGPL. Information available to shareholders indicates that their funds as well as pension contributions are being managed in an unprofitable manner.

“The petitioners submitted that the Commission has failed to resolve the alleged issues upon which it predicated its appointment of the interim management, stating further that “Your Committee will confirm that a Five (5) year regulatory intervention in an otherwise profitable business is unprecedented particularly in this case where there is no exit strategy put forward by the Commission and no recourse to shareholders. Indeed, shareholders now suspect that there must be pecuniary benefits that the three, led by the Director-General PENCOM, enjoy with the pendency of the situation.

“This suspicion is further aggravated by the DG’s repeated threat to transfer FGPL’s pension assets to another PFA. It is important to point out that the FGPL board, which was purportedly removed by PENCOM in 2011 had terminated the appointment of its then Managing Director- Mr. Wilson Ideva who was thereafter appointed and remains the Chief Executive Officer of Premium Pension Ltd.

In conclusion, the shareholders wrote that they have “resolved to come together to chart a fresh course, explaining that “It requisitioned an Extraordinary General meeting, which on 29th March 2016 reconstituted its board by, among others, appointing three (3) technocrats as directors to strengthen the de factor board of directors with a view to recovering the business from the interim management.

“We attach herewith our letter to PENCOM dated 29th March 2016, PENCOM’s reply dated 1st April 2016 and our response dated 4th April 2016 as well as the court orders/judgment and the AGF’s directive referred to above, all of which speak for themselves.

“Shareholders are appalled by the desperate and unlawful positions that PENCOM has continued to take. Our legitimately held questions remain unanswered. How profitable, for instance, has PENCOM managed our business in the past Five (5) years?