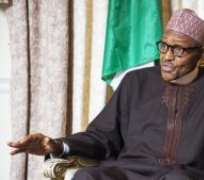 In a March 2016 interview on Al Jazeera news channel, Martine Dennis took up President Muhammadu Buhari on the alleged indiscriminate shooting of unarmed pro-Biafran agitators by Nigerian soldiers and invited him to watch a video footage of the killings. Buhari stridently refused to watch and sternly declared that: “Looking for Biafra after two million people were killed, they are joking with the security and Nigeria won't tolerate Biafra”.

Shortly afterwards when militancy in the Niger Delta staged a comeback with the emergence of Niger Delta Avengers (NDA), Buhari's response was that “we will crush them”. And when the business community complained about the undue delay in appointing his ministers and the need for the economic and policy direction of the government to be unveiled, the president dismissed their stance as ministers are only noise makers. It took him over six months to eventually make the appointments and he kept true to his perception that they are just noise makers.

The business community and Nigerians generally had expressed concern about the direction of the economy which in the absence of a discernible policy direction was on a free wheel, entrepreneurs were fleeing in droves while potential investors wisely turned their interest elsewhere. Finally, Buhari has come to acknowledge that all is not well with Nigeria's economy. In fact, he practically declared an economic emergency and duly sought emergency powers to tackle the challenges.

“The Emergency Economic Stabilisation Bill 2016” is the name of the bill President Buhari is about to send to the National Assembly to be given sweeping powers to set aside some extant laws and use executive orders to role out an economic recovery package within the next 12 months. He wants the powers to abridge the procurement process in order to support stimulus spending in critical sectors of the economy. More remarkably, the bill is said to encapsulate a request to abridge the process of “sale or lease of government assets” to generate revenue. This carefully couched aspect is basically alluding to government's intention to privatise public enterprises.

In the lead up to the election that brought the ruling All Progressive Congress (APC) to power, there was no promise of privatisation just as the party worked back on the stance of one its critical components and leaders on restructuring the country. Actually, it is gratifying that Buhari may have seen some sense in not being fixated on his commmand-and-control approach to governance achored on a disdain and suspicion of the private sector and their ideas of growing the economy.

By the content of the bill seeking sweeping emergency powers for the president, Buhari wishes to adopt privatisation of public assets as part of his strategies to revitalise the economy and wants do so by circumventing the procedures on due process and transparency and without the oversight of the National Assembly. That is a frightening prospect.

First, as pointed out in his analysis of the emergency powers bill, Muhammad Al-Ghazali in Daily Trust stated that President Buhari does not need emergency powers to execute his gameplan on rejuvenating the economy. According to him, the exact conditions under which it could exercise emergrency powers unilaterally are embedded in Sections 39 – 43 of the Public Procurement Act (PPA). He stated that the sections provide at least three platforms on which the presidency could set aside the open competitive bidding system enforced by the Bureau of Public Enterprises (BPE).

Beside the windows available in the extant laws, the history of Buhari's use of the enormous powers he possesses as an executive president raises issues of trust. The president has never diguised his disdain for the law and the judiciary and routinely chooses which laws or court orders and the constitution to respect. In his appointments, the only area he knew he could not flagrantly ignore the constitution was the appointment of ministers where he is required to appoint at least one person from every state. In every other appointment, Buhari had no qualms about populating every other place with close associates and family members and has displayed a shocking inclination to deal with only people of his kin and faith.

Despite many court pronouncements on the enforcement of the fundamental rights of some people in detention, Buhari has unabashedly chosen to ignore the courts. Rather, there has been tendencies to hound judicial officers for challenging the administration's style of arresting and detaining anybody deemed to have committed an offence before investigations can begin. The dismissal of the several court rulings granting bail to Nnamdi Kalu, leader of the IPOB, as well as similar cases are too fresh and glaring to ignore.

But for the overwhelming opposition of people to using violence against resurgent militancy in the Niger Delta, the army could have been deplyed to “crush” that region. After all, what facet of the economy hurts national well being more than the vandalism of oil pipelines that have forced crude oil production down by 50 percent at a time that international prices have crashed by over 60 percent.

Emergency powers are not trivial issues. They are rarely invoked and even then, the ambience creates a requisite feeling of trust and responsiveness in application of such powers.  By his antecedents and body language, President Buhari cannot be trusted with sweeping emergency powers, not when he has equally effective and legal options to do what he wants to do. He has always done whatever he wanted to do anyway. This demand cannot diminish that. So why not carry on as usual? But tagging the privatisation of public enterprises and facilities into the emergency bill is too risky a game to play with Buhari.