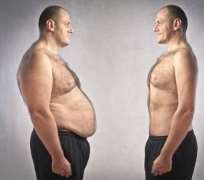 You’ve probably heard that once you hit 40, it’s all downhill when it comes to your weight.

That inexplicable force we call our metabolism does begin to grind a bit slower every year from age 30 onward.

Here’s the good news: The rate at which your metabolism slows down is actually rather minimal. In reality, most weight gain that happens in midlife isn’t the result of a slower metabolism at all .

Instead, it comes down to a simple but changeable truth: As we get older, we get less and less active.

While this might sound depressing, it’s actually great news. There’s plenty we can do to counteract the slow, seemingly inevitable onset of poundage. But first, here are some basics about what metabolism is — and what it isn’t. Your metabolism isn’t just your metabolism

Our resting metabolic rate is a measure of how much energy we expend — or “burn” — when we’re at rest . It’s determined by a combination of factors, including your height, sex, and the genes you got from your parents, and it can’t be altered much , no matter what you do.

Beyond that, our bodies appear to enter into three more distinct phases of calorie burning, depending on what we’re doing. These three are the types of metabolism that most people are referring to when they say doing certain things, like eating spicy food or working out, can “boost” your metabolism. Most of the things that people say will boost your metabolism won’t

When we’re eating, we burn a small number of calories (roughly 10% of our total calories burned for the day). This is called the thermic effect of food , and it’s the first of those three phases I mentioned earlier. We can turn up the heat on this process a tiny bit (but not by a whole lot) by doing things like drinking stimulant beverages like coffee and eating large amounts of protein . “Eating foods like green tea, caffeine, or hot chili peppers will not help you shed excess pounds,” notes an entry in the ADAM Medical Encyclopedia , hosted by the National Institutes of Health. “Some may provide a small boost in your metabolism, but not enough to make a difference in your weight.” Instead, get active

Unsurprisingly, the most important calorie-burning activity we engage in is just that — activity.

Whether we’re taking the stairs, stepping away from our desks for a coffee, or sweating it out in a hot yoga class, we’re expending energy. Researchers call this second phase physical-activity expenditure .

After a strenuous workout, we continue to burn more calories than we would while at rest — and that’s the third phase, or what’s called excess post-exercise oxygen consumption .

When it comes to counteracting weight gain, these two phases — the ones related to physical activity — are the most important. Your best bet for burning more calories throughout the day is to increase your levels of any kind of activity, be it running or walking. Many people think strength training or weight lifting fits into this category, but the evidence suggests otherwise.

Weight lifting can only do so much for your metabolism. Why? Because muscles don’t burn a whole lot of calories, as the NIH points out . As far as calorie-melting organs go, your brain is actually far more efficient than your bicep.

“Next is the heart, which is beating all the time and accounts for another 15-20%. The liver, which also functions at rest, contributes another 15-20%. Then you have the kidneys and lungs and other tissues, so what remains is muscle, contributing only 20-25% of total resting metabolism,” Bouchard said.

So while strength training is a healthy habit that will certainly have a helpful effect on things like agility and balance , it won’t change your metabolism a great deal.

“This idea that one pound of muscle burns hundreds of extra calories per day is a myth,” Gary Foster , Weight Watchers’ chief scientific officer and an adjunct professor of psychology at the Perelman School of Medicine at the University of Pennsylvania, told Business Insider. And be mindful about eating

According to the NIH, in addition to getting less active as we get older, we also appear to become less perceptive about our body’s nutritional needs over time.

Our natural appetite-control mechanism seems to dull. A good way to be more mindful of how full you’re getting is to eat smaller meals and get more only when you’re still hungry, rather than sitting down with a large plate of food, which might encourage you to overeat.

“By staying active and sticking with smaller portions of healthy foods, you can ward off weight gain as you age,” the NIH website says.