JAMB: Areas candidates will be assessed for admissions into universities 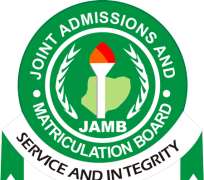 The Registrar of the Joint Admissions and Matriculation Board (JAMB), Prof. Ishaq Oloyede, has assured that the 2016 admissions into the country's tertiary institutions will be smooth even as he stipulated areas candidates will be assessed for admissions by the universities in the country.

This is contained in a statement issued by JAMB on Tuesday. Oloyede spoke at the opening of the first technical committee meeting on the 2016 admissions to first choice institutions, which opened at the Bayero University, Kano, on Monday.

'The institutions must adhere strictly to subject combinations of various courses as specified by the respective Senates and included in the 2016 UTME brochure. 'Institutions are expected to adhere to the 2016 admissions quota as prescribed by the regulatory bodies like the National Universities Commission, National Board for Technical Education and the National Commission for Colleges of Education.

'For federal universities, the criteria stipulated by the Federal Executive Council, concerning merit, catchment and educationally less developed states, should be complied with.''

He said that the only difference between 2016 admission process and what had been the practice was the policy that there should be no written Post-UTME test. The registrar said that all other processes would be the way they have always been.

He said that the Senates of each institution have the prerogative of admitting candidates to their respective schools subject only to national policies.

Oloyede further said that in the discharge of this national assignment, it was important that stakeholders act with focus on what was beneficial to the largest number of Nigerians. 'We must avoid adding to the burden of our people who rightly yearn for higher education as a veritable means of active participation in public life.

He also said that, 'Every year the board convenes meeting for placement of suitably qualified candidates into tertiary institutions, taking into consideration vacancies available. 'It also considers guidelines approved for each institution by their respective proprietors. 'The meeting also looks at the preference expressed for the institutions and courses by the candidates,'' Oloyede said.

Expressing delight for the meeting, 'It is more pleasant to me that in the almost four decades of JAMB, this is the first time that the technical meeting will hold in Kano.

'While urging us to work hard and exhibit commitment, synergy and cooperation between the board and the institutions, I assure you all that the hands of fellowship, which my predecessors have extended to the institutions, would be strengthened for the advancement of national goals.

'My immediate past predecessor, Prof. 'Dibu Ojerinde, in particular and others in general, have lifted the board to an enviable standard of international repute and we cannot afford to do less. 'The task of JAMB is coordination and not substitution of the traditional responsibilities of the Senates of tertiary institutions.

'Consequently, no candidate must emanate from any other source (JAMB inclusive) outside the list prepared and recommended by the institutions,'' Oloyede added.

He, however, said that JAMB had the right to reject candidates for non-compliance with extant rules and regulations but would not be allowed to substitute or originate any names without the prior concurrence of the institutions.

The registrar tasked institutions to ensure that the admissions exercise was concluded before or by the approved deadline of Nov. 30.