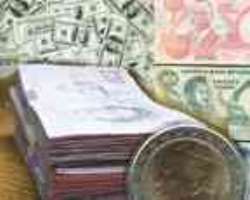 money
As Nigerians continue to mourn the death of President Umaru Yar'Adua, who passed away on Wednesday, experts in the financial sector have been busy analysing how the reign of the newly sworn-in President, Dr. Goodluck Jonathan, will impact on the economy, especially the financial sector.

The belief in some quarters is that the death of Yar'Adua is unlikely to affect local financial markets or global oil prices in the immediate term, although a turbulent run-up to elections could revive investors' nervousness.

In the last few months that he had taken ill, bonds, equities and currency markets had largely shrugged off concern and the gravity of his condition meant his death came as little surprise.

Reuters reported that Jonathan, who was sworn in as the president on Thursday, was a known quantity, having served as Yar'Adua's deputy and ran the country as Acting President over the past three months, and as a result, little change in policy direction was expected.

According to the Managing Director, Financial Derivatives Limited, Mr. Bismarck Rewane, 'Jonathan has been in office for months, so the death of Yar'Adua is not an issue. I don't see any controversy arising between now and the end of the administration.'

Institutions under both money and capital markets were closed on Thursday, which was declared a public holiday to mark the start of a week of national mourning, but analysts doubted there would be any significant reaction when they open again on Friday (today).

Rewane told one of our correspondents on Thursday that the death of the president would have no immediate impact on the economy.

According to him, 'He has been ill for a long time. The fact that he has not been available for a long time can be factored into what will happen. The administration is going to be a continuous one with the manifestoes of the late president.

'It is like when Murtala Mohammed was killed. Olusegun Obasanjo continued with the programmes because it was Murtala/Obasanjo administration. Don't forget that Yar'Adua and Jonathan won on the same ticket.

'The fact that he has been ill for a long time and nothing changed shows that the policies might continue. It would have been a different thing if he died suddenly in an accident. But everybody has been expecting it.'

Also speaking, the Chief Executive Officer, Proshare, Mr. Femi Awoyemi, viewed the situation against the backdrop of Jonathan now being free to effect possible changes as a result of the legitimacy conflict that had been resolved.

He said, 'The legal and legitimacy question that has always been there has been resolved. Jonathan is now effectively the de-facto president and the commander-in-chief. The leadership tussle in terms of cabal and others has become a thing of the past.

'As for the impact on the economy, the market has maintained some level of appreciation, which we expect will continue. Coincidentally, the death came on the same date that the Senate passed the Asset Management Corporation of Nigerian Bill. We should expect a disciplined implementation, which will impact positively on the capital market and by extension, the economy. However, there remains some fiscal policy issues that need to be dealt with.'

The stock market is in the midst of a rebound, which analysts predict could see it rise more than 40 per cent this year, attracting both domestic and foreign funds and outperforming emerging market peers.

Another analyst at the Business Monitor International, Ms. Holly Pattenden, said, 'With Yar'Adua's death, at least the situation is clear now. I think there has been difficulty with driving reforms and they should be able to go forward under Jonathan.'

Meanwhile, capital market operators have called on Jonathan to implement policies that will move the economy forward.

According to them, Nigeria's problem is not in the formulation of policies but their implementation.

The Managing Director and Chief Executive Officer, Treasure Capital and Trust Limited, Mr. Tom Achoda, said that the priority of the new government should be how to make the common people feel the impact of government's policies.

On the implication of Yar'Adua's death on the economy, he said, 'It is a sad loss for the family and for the entire nation. The economy has lost a lot as a result of the public holiday declared by the Federal Government.

'The capital market was shut down, economic activities were grounded, clearing instruments will not get value, and production was affected in the manufacturing sector. However, the damage is not too much for a president of a nation. We need to sympathise with the family. It is to honour him as the former President.'

The Managing Director, Dependable Securities Limited, Mr. Chineye Anyanwu, said the death of the former President was a sad loss, even though he had not been active for a long time.

He said, 'It's a sad one for the family and the country, although he had not been playing the role of a president for a while. At the same time, we need to know where we are going as a country.

'Now that we have a President, instead of an Acting President, it is expected that it will bring a good omen, and also a positive outlook to the capital market. International investors would see us now as a more serious nation, and any pronouncement made by the President will be taken more seriously than when he was acting.'