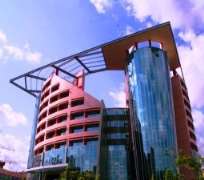 The Nigerian Communications Commission (NCC) has presented some ICT tools to the Anti-Vice Department of the Nigeria Police, Federal Capital Territory Command.

Presenting the ICT tools in Abuja, Prof Umar Dambatta, executive vice chairman of NCC, said the tools would help the police in fighting crime in the territory.

Dambatta, who was represented by Mrs Maryam Bayi, a director at the commission, also said the tools would hasten the administration of justice.

Speaking after receiving the tools consisting of laptops and printers, Muhammad Mustafa, commissioner of Police, FCT Command, said with the tools, the public would now know that the police are ICT compliant.

Represented by ACP Usman Belel, an Assistant Commissioner of Police, Mustafa added that the tools would change the mode of operations of the Criminal Investigation Department of the police in the FCT.