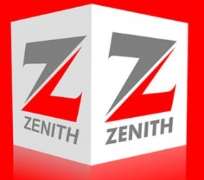 Zenith Bank Plc has released its operating results for the six months period ended 30th June 2016, revealing a 15.7 percent decline in its profit after tax of N44.8 billion from N53.2 billion posted for the same period of 2015.

The Board of Directors of the Bank however, proposed an interim dividend of 25 kobo per share as proposed in the same period of 2015.

The bank said pursuant to the powers vested in it by the provisions of section 379 of the Companies and Allied Matters Act (CAMA) of Nigeria, the proposed dividend will be removed from the retained earnings account as at 30 June 2016, and will be presented for ratification by shareholders at the next Annual General Meeting.

'If the proposed dividend is ratified, the bank will be liable to pay tax in advance totalling N3.45 billion representing 30 percent of taxable profit N11.49 billion for period ended30 June 2016.'

The bank further added that 'payment of dividends is subject to withholding tax at a rate of 10 percent in the hand of recipients.'