Northern Christians revert to NNCA as CAN splits 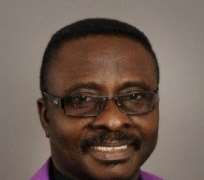 Daily Trust reports that the controversy that led to the emergence of the new CAN President, Rev. Supo Ayokunle, had been condemned by some Christian leaders  from the North who accused the past CAN President, Ayo Oritsejafor, of deliberately frustrating the candidature of Rev. Jeremiah Gado of the TEKAN/ECWA bloc to prevent the emergence of a northerner.

Rev. Supo Ayokunle as CAN President, various acts of corruption by the leadership of CAN' as well as neglect of northern Christians, especially those in the North-East.

“Considering our common shared values and peculiarities as Christians from CAN and after wide consultation among Christian leaders, traditional rulers, youths and women, we under these auspices from the north have unanimously decided to revert to the pre-independence Northern Nigeria Christian Association,” the groups said.

Rev. Shehu and Hon. Luka said billions of naira had been donated to CAN nationally and internationally to support Christians suffering from the activities of Boko Haram in the North-East but said, “Not a single kobo has been given.”

Daily Trust gathered that the groups will today begin registration of the northern Christian body and will situate its headquarters in Abuja.