Welcome to 'Mai Chanji', by Fani-Kayode 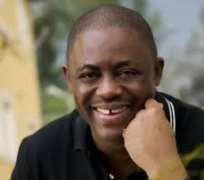 How right Prince Shield is. His contribution is not only courageous but also insightful and profound. The Buharists and the “lying liars” are blinded by their hate for Jonathan and for those of us that have chosen to stand by him.

It is so bad that if their wives were made pregnant by another man they would say that it was Jonathan that was responsible. Yet their record of governance is clear and there for all to see.

In one year and two months of President Buhari and his APC's “Mai Chanji”, Nigeria has become a very different place to what it was before. Our nation has, so to speak, really been ”transformed”.

One year and two months ago we were the largest economy in Africa but thanks to “Mai Chanji” that is no longer the case. Sadly it gets worse.

In the space of one year and two months the naira has depreciated from N160 Naira to $1 United States Dollar (USD) to N410 Naira to $1 USD.

If there is no change in fiscal amd monetary policy anytime soon there is a consensus amongst economic and fiscal experts that by Christmas the Naira would have depreciated to, at best, N500 Naira to $1 USD.

One year and two months ago Nigerians could buy a bag of rice for N8000 naira but today they are paying N20,000 naira for that same bag of rice.

As Pastor Reno Omokri, a former aide to President Jonathan said, if the minimum wage is N18,000 naira where are the people meant to get the money to buy rice and other basic food commodities for their families?

In one year and two months graduate and non-graduate unemployment has soared, banks and companies are retrenching, manufacturers are closing their factories and plants, industries are collapsing, farmers are complaining and businessmen and traders are crying. That is “Mai Chanji” for you. Yet it gets worse.

Again one year and two months ago we were making large sums of money from the export of our crude oil but today oil production has been reduced by one third and we we are importing crude oil and refined products from the neighbouring nations of Niger and the Republic of Chad.

One year and two months ago the Nigerian Stock Exchange was recovering and on the rise and our banking sector was flourishing and liquid. Today the Stock Exchange has lost 1.6 trillion naira in the last 14 months and our banks have become nothing but weak and barren money-lender stalls and pawn shops. That is “Mai Chanji” for you.

In one year and two months our Air Force, once the pride of Afrcan skies, has been reduced to nothing but a cow and sheep recovery agency.

In one year and two months our army, once one of the most professional, feared, disciplined and respected in Africa, has been turned into a civilian-killing machine which has unleashed on the very people that they are paid to be protecting.

For the record they slaughtered 1000 innocent Shiite Muslims in the streets of Zaria simply because they blocked a road, they worship their god in a different way to others and they are not Sunni Muslims. That is real “Mai Chanji” for you.

Again it doesn't stop there. In one year Boko Haram has redefined itself, resurrected from the dead, acquired new, more dangerous and more sophisticated weapons and leaders, established two equally ruthless factions and come back bigger, stronger and more deadly than ever before.

In one year and two months well-armed government-sponsored and government-protected Fulani militias, who pose as herdsmen, are raping and killing innocent and defenceless Nigerians in the farms and towns of the Middle Belt and the south.

In one year and two months the majority of Nigerians have been cowered into silence out of fear of persecution and om trepidation of being locked up indefinately by Buhari's gestapo. That is “Mai Chanji” for you.

In one year and two months we have been turned from a democracy where the freedom of speech once reigned and where the criticism of the President and the government was welcome and even encouraged, into a totalitarian police state where the press is muzzled, judges are muscled and legislators are threatened and docked.

One year and two months ago judges were reverred, court orders were honored and respected in the land and the rule of law prevailed.

Today court orders are violated and treated with contempt and impunity, the rule of law has been reduced to an inconsequential and empty mantra and members of the Judiciary are threatened with criminal investigation, media trials and witchunts, childish probes and baseless criminal prosecutions if they do not play ball and do the bidding of the security agencies and the executive. That is real “Mai Chanji” for you.

Did we not tell them that the APC broom was nothing but a symbol of witchcraft and that their fanatical supporters had been put under a terrible sorcerer's spell?

Many of those that once supported President Buhari and his party are now lamenting and publicly recanting in bitter pain. They are asking the nation to forgive them for their ignorance and short-sightedness.

Some of them have even been locked up simply for having the courage to criticise the government and party that they once worked for and swore by. Yet the suffering has only just begun.

Things will get far worse before they get any better. This is because the darkest part of the night always comes just before the morning. The truth is that this government is a plague. They have brought nothing but sickness, poverty and hardship.

They are an affliction that thrive on the suffering of the people. They are the incubus and succubus spirits that feed on the nations glory and that suck the life out of the people.

Their motivation is pure and unadulterated hate and their objective is to impoverish Nigeria, to silence the opposition, to intimidate and enslave the people, to satisfy their insatiable lust for power and to impose a hideous and ungodly ethnic and religious agenda.

Permit me to conclude this contribution with a profound question. Does anyone remember the the following submissions and have they not proved to be prophetic?

The first came from the embattled IPOB leader Mr. Nnamdi Kanu who has been in illegal detention for the better part of the last one year. He said the following on Radio Biafra on the 6th of February 2014:

“They campaign vigorously for elections, you would think, they are coming to grow the economy, enthrone justice, breed unity and tolerance, love for one another.

No, they are coming to enthrone Hausa Fulani supremacy, to reposition the security agencies by sacking all competent hands and replace them with their kinsmen in order to drive their ethnic domination of the Biafrans, the Fulani herdsmen will be armed and encouraged to slaughter us with impunity and their masters will protect them.

They are coming to ensure that my people are enslaved forever. Those who do not believe me will soon see it happen before their very own eyes”.

These are interesting words which have proved to be true. With what is happening in Nigeria today it is clear that Mr. Kanu has not only been proved right but he has also been vindicated.

The second came from none other than President Goodluck Jonathan himself. In Abuja on Saturday, 10th December 2014 he said.the following:

“The choice before Nigerians in the coming elections is simple: A choice between going forward or going backwards, between the old ways and the new ways; between freedom and repression; between a record of visible achievements and beneficial reforms and desperate power-seekers with empty promises”.

Can anyone dispute the fact that both President Jonathan and Mr. Kanu are amongst the prophets?

Welcome to 'Mai Chanji'
Mr. Femi Fani-Kayode was former Minister of Aviation and spokesman for the Goodluck Jonathan Campaign Organisation,