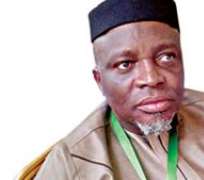 Prof. Ishaq Oloyede, the new Registrar of Joint Admissions and Matriculation Board (JAMB), has commended the outgoing Registrar, Prof. Dibu Ojerinde, for adopting the Computer Based Test (CBT) mode in JAMB's examination.

Oloyede gave the commendation shortly after receiving handover notes from Ojerinde on Monday in Abuja.

The News Agency of Nigeria (NAN) recalls that the Federal Government recently disengaged Ojerinde and 15 other heads of education parastatals and agencies.

According to Oloyede, the world is in the age of Information and Communication Technology (ICT) which exists to make life easier.

In this regard, we shall deepen what I once called the trendy tradition.

When we introduced Computer-Based Test (CBT) at the University of Ilorin for the conduct of our screening exercise in 2007, we had no doubt that it was the right thing to do.

It is gratifying that JAMB had subsequently transited to the use of technology for the conduct of its examinations and I salute the resolve of Ojerinde in that regard as well.

We shall partner the relevant stakeholders and develop a robust technology infrastructure that will ease our task.

The new JAMB boss further said that he would ensure that staff members was computer literate.

Oloyede solicited the cooperation of staff of the board and pledged also to promote staff welfare, discipline and transparency.

Earlier in his remark, Ojerinde appealed to JAMB staff to give the new registrar all the support he needed to succeed.

He said that Oloyede would acquit himself creditably with the support of the staff.

Oloyede, who hails from Ogun State, was a former University of Ilorin Vice-Chancellor.

He is also the Executive Secretary of National Inter-Religious Council (NIREC), President, Association of African Universities (AAU) and an International Advisory Board member of International Network for Higher Education in Africa (INHEA).