Mike Ezuruonye weds Nkechi in May 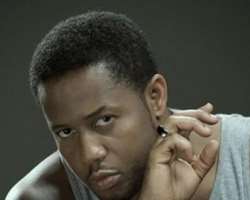 Come May 22, the dream will end for most ladies who desire the handsome actor, Mike Ezunronye as hubby as he will be having his traditional marriage on that day. The lucky lady is a medical psychologist called Nkechi.

Ezunronye who had promised us last year that he would get married soon made good his promise as he will be performing the traditional wedding rites with his woman who recently relocated from Canada to Nigeria (Owerri, Imo State). The dates for the white wedding and other festivities that will follow will be announced later.

The actor who spoke with us on phone concerning the wedding said he does not want much noise on the wedding because he's a quiet person. We hope Mike hasn't forgotten the age-long saying that a golden fish has no hiding place.