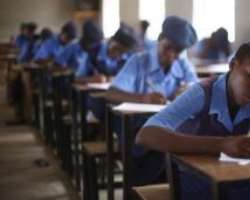 According to the results released on Friday, The result of  2016 May/June West African Senior Certificate Examination (WASSCE) conducted by the West African Examination Council (WAEC) released in Lagos on Friday shows that approximately 53% of students who sat for the examination passed.

The report show that 137,295 candidates (representing 8.89%) had their results withheld.

The total number of candidates who passed had credit passes in five subjects including English Language and Mathematics was 878,040 which represented 52.97%, a stark contrast to the 2014 and 2015 breakdown where 31.28% and 38.68% respectively had the same ratings.

Olu Adenipekun, the Nigerian head of WAEC as saying: “the cases are being investigated and reports of the investigations will be presented to the appropriate committee of the Council in due course for consideration.”