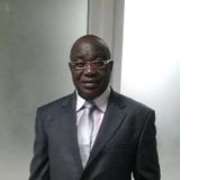 “There are two great days in a person’s life-the day we are born and the day we discover why”.-Williams Barclay

Today marks another milestone age of a great engineer and technocrat of Isoko nation.

This is one of the few Isoko technocrats that came to Lagos for greener pasture and despite all challenges of life; he was able to scale through and became notable in the engineering profession.

Engr. Johnny Onozefe went to the university of Madras,Chennai and Lagos State University respectively and came out in flying colours.

He is one of the Isoko Lagos-based technocrats advocating for better educational system and infrastructural development in Isoko.Today, Isoko country club is one of the elite clubs that assembled retinue of technocrats from different fields of study.

In 2013, precisely, Engr.Johnny Onozefe was one of those dignitaries that made my wedding colorful and splendid. He was among the financial supporters that graced the event. He has received many meritorious awards from different organizations based on his humanitarian contributions in both Lagos and Delta States.

One thing that singles out Engr.Johnny from others is a man that appreciates good works of humanity. His philanthropic meekness is worthy of emulation to the core. He is one of the founding members of Isoko country clubs in Nigeria projecting the interest of the region over the years.

To crown it all, Mindset Media Limited and Gabrio Voice Magazine celebrates this great and admirable technocrat of the 21st century. Happy birthday bash sir and wishing you many years in return in Jesus name amen.