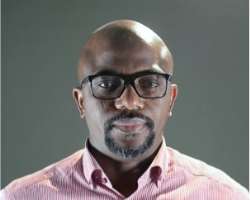 We are pleased to announce that Noah’s Ark Communications (Nigeria) MD/COO, Lanre Adisa has been appointed as the Regional Jury Head for the Film, OOH, Radio and Print categories.

Maxim Festival is a regional communications festival hosted in Ghana, Accra between 23 – 25 November 2016. There are 5 different Academies and a Summit day leading up to the Awards evening. The entire event has been structured to educate, inspire and reward one of the fastest growing advertising, media and marketing regions globally.

Lanre started his career in 1990 as a Trainee Copywriter at MC&A: Saatchi & Saatchi, Lagos, Nigeria. He has since then worked in different capacities as a creative in some of Nigeria’s top agencies. He was at Insight/Grey, Nigeria’s biggest agency, where he worked for six years, leaving in 2003 as an Associate Creative Director.

In 2015, Noah’s Ark ended the year on top of the Lagos Advertising & Ideas Festival (LAIF) Awards table with a Grand Prix in Print. It also won two emeralds at the African Cristal Awards in Marrakech.

In a career spanning over 25 years, he has created outstanding work for some of the most notable brands Nigeria such as Indomie Noodles, MTN, Peak Milk, Three Crowns, Virgin Atlantic and GOtv among others. Driven by a vision to put Nigeria on the world map of advertising,

Lanre is actively involved in the Nigerian creative community with a special passion for inspiring and grooming the next generation. He is the President of the Creative Directors Circle and an Adviser to the Lagos Advertising & Ideas Festival (LAIF).

You can enter work that was implemented between 01 October 2014 - 30 September 2016. Capitalize now on this extended period for the first Maxim Festival event.