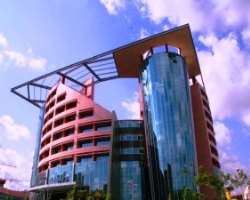 The Nigerian Communications Commission (NCC) on Thursday said that internet users on Nigeria's telecommunications networks have reduced to 92,281,921, as at June 2016.

The commission made this known in its monthly Internet Subscriber Data, which was obtained by the News Agency of Nigeria (NAN) in Lagos.

A breakdown of the data showed that internet users on both the Global System for Mobile communications (GSM), and the Code Division Multiple Access (CDMA) networks reduced by 81,415.

Of the 92,181,178 internet users on the GSM networks in the month under review, the document showed that MTN Nigeria had 32,974,177 customers browsing on its network.

The records, therefore, showed that Airtel Nigeria network users increased by 45,334 in the month of June.

It also revealed that the CDMA operators (Multi-Links and Visafone), had a joint total of 100,743 internet users on their networks in June.

It showed that the only surviving two CDMA networks in the country listed a decrease of 10,303 internet subscribers in the month under review, from the 111,046 users they recorded in May.

Multi-Links had 4 internet users in the month of June, same as in May 2016.

The document stressed the need for more Nigerians to embrace the internet, to speed up the country's progress towards achieving 30 per cent broadband penetration by 2018. -NAN.