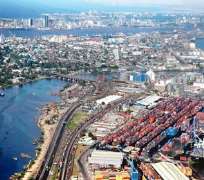 The Federal Executive Council (FEC) has approved the outline of business case for development of greenfield port facilities in Badagry, Lagos State.

This was as the council disclosed that Nigeria lost about N1 trillion to tax evasion and avoidance by multinational company over a period of time.

To stem the losses, however, FEC, on Wednesday, approved the multilateral competent agreement and the exchange of country by country report, which would give it a better grip on its tax laws, prevent tax evasions and avoidance by multinational companies.

Mohammed said the whole essence of the agreement and the exchange of country by country report was to give the government a better grip on its tax laws and also to prevent tax evasions and avoidance by multinational companies.

'Where multinational companies operate in more than one country, it is quite easy for them to move profit from one territory to another where the tax laws is very favourable to them and what has happened over the years is that the revenue companies have lost a lot of money.

'As at the last count, over $1 trillion has been lost over a period of time and the revenue companies have found that they were losing more money in terms of tax evasion and avoidance than what they were even receiving as grants from multinational agencies.

He also expatiated on the outline business case for the development of greenfield port facilities at Badagry, saying it was basically the first step to approving the establishment of a new seaport in Badagry area.

Fashola said the Badagry port was long overdue, while Amaechi it would be implemented in years and, when completed, it would bring in a total of $2.558 billion into the system.