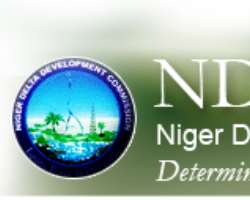 The attention of the National Executive Committee of the Campaign for Economic Empowerment and Development of the Niger-Delta (CAMEND), a non-violence socio-economic and political pressure group, has been drawn to a misleading insinuations by one Barrister Robinson Ariyo of the Itsekiri extraction during a press conference that the Niger-Delta Development Commission Act provides for continuity in office of a person as Executive Director(Projects) upon dissolution of the NDDC board based on tribal sentiments.

The said Mr Robinson Ariyo while interpreting the NDDC ACT during a press conference held in Warri and widely publicised referred to Section 5 (2) relating to vacancy in the board. The section reads: "Where a vacancy occurs in the membership of the Board it shall be filled by the appointment of a successor to hold office for the remainder of the term of office of his predecessor, so however, that the predecessor shall represent the same interest and shall be appointed by the President, Commander-in-Chief of the Armed Forces subject to the confirmation of the Senate in consultation with the House of Representatives."

The above provision does not stand alone as clearly stated in Section 5. That sub-section flows from Section 5 (1) which listed the offences that shall bring about vacancy in the board. The conditions are contained in Section 5 (1) (a)-(f) as followings:

(5)(1) Notwithstanding the provisions of section 3 of this Act, a person shall cease to hold office as a member of the board if:

(a) he becomes bankrupt, suspends payment or compounds with his creditors; or

(b) he is convicted of a felony or any offence involving dishonestly or fraud, or

(c) he becomes of unsound mind, or incapable of carrying out his duties; or

(d) he is guilty of a serious misconduct in relation to his duty; or

(e) in the case of a person possessed of professional qualifications, he is disqualified or suspended, other than at his own request, from practicing his profession in any part of the world by an order of a competent authority made in respect of that member; or

(f) he resigns his appointment by a letter addressed to the President, Commander-in-Chief of the Armed Forces.

This provision is very clear and we do not see the legal or moral justification for the argument put forward by the Itsekiri Ethnic Nationality via Mr Ariyo and his group.

It is the law that section (5 (2) of the NDDC ACT will apply and a successor shall be appointed by the President to hold the remainder of the term of office of his predecessor during the life or validity of the board. For this to happen, the board must not be dissolved while the vacancy exists and not when the board is dissolved by the President.

The NDDC ACT by the above provision did not contemplate a situation where the board is dissolved rather it can only happen where the board subsists. Therefore the reference to Section 5 (2) in the Act where a board has been dissolved by the President and Commander-in-Chief of the Armed Forces is totally allien to the provisions of the NDDC ACT.

Barrister Ariyo as a practising lawyer and a senior member of the Bar knows that a dissolved board has no further or future life in it and therefore not capable of continuity as canvassed by the Itsekiri group.

Furthermore, the Act specifically stated that the successor shall be appointed to represent the same interest (not based on tribe). The Itsekiris are an integral part of Delta South Senatorial District comprising the Ijaws and Isokos as independent tribes. In interpreting the word "Interest" what gave the Itsekiris the impression that it refers to them under the Act?

Furthermore, section 7 (3) of the NDDC Act clearly states that "The Commission shall be subject to the direction, control or supervision in the performance of its functions under the Act by the President and Commander-in-Chief of the Armed Forces." This provision is powerful because the President is given wide discretionary powers to do such things that are appropriate including the dissolution of the board. There are no provisions in the Act empowering the President to dissolve the board except under Section 7.

Therefore, we humbly urge Mr President and the Senate to disregard the Itsekiris agitation for the following reasons:

(1) That section 5 (2) which provides for a successor is only possible and valid where the board subsists and a member is removed from the board as contained in Section 5 (1) (a)-(f) stated above and not when the board has been dissolved by the President and Commander-in-Chief of the Armed Forces.

(3) That if there was any arrangement between the Itsekiris and President Goodluck Jonathan and the Peoples Democratic Party (PDP) in their internal arrangements for the appointment of EDP, that agreement or arrangement on party basis cannot now bind Mr President and the All Progressives Congress (APC) national government determined to abide by the provisions of the NDDC Act.

Mr. Abiye Manuomaye (Secretary).
CAMPAIGN FOR THE ECONOMIC EMPOWERMENT AND DEVELOPMENT OF THE NIGER DELTA (CAMEND).