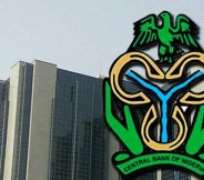 The Central Bank of Nigeria, CBN, on Tuesday, directed banks operating in the country to accept deposit of cheques into savings account and to begin to embed Bank Verification Number, BVN in payment cards.

The CBN, in a circular signed by Director, Banking & Payments System Department, Dipo Fatokun, dated July 28, 2016, sent to all banks and financial institutions and released, yesterday, stated: 'The CBN in furtherance of its efforts at strengthening the Nigerian payments system hereby issues the following directives:

'The removal of fixed interest rate on credit cards; Discontinuation of actual address verification in account opening for customers with customers with the BVN; Banks should begin to embed BVN biometric data in payment cards issued henceforth, to facilitate offline BVN verification and biometric based customer authentication on such payment devices as Automated Teller Machines, ATMs, Point of Sales Terminals, POS, Kiosks, etc.'

Other directives by the CBN to banks include: 'Approval of BVN Watch-listing modalities and release by CBN of necessary Credit Risk Management System (CRMS) data, to facilitate its use for enriching the BVN watch-list; savings account customers with BVN should be allowed to deposit cheques worth not more than N2,000,000.00 (Two million naira) into their accounts, per customer, per day.

It will be recalled that in furtherance of efforts in the development of a safe, reliable and efficient payments system in Nigeria, the CBN in conjunction with the Bankers' Committee, undertook some major initiatives. One of such was the launching of the BVN Project in February 2014, which was sponsored by the bankers committee.

The CBN had observed the progress so far in the implementation of BVN Project. In order to increase the tempo in the enrolment by the Deposit Money Banks (DMBs) customers on the the BVN, and to start reaping the benefits of the project, it is imperative to stipulate milestone for the implementation of the Project.

The CBN had in an earlier circular stated: 'All stakeholders are hereby advised to note and implement the following: That by March 2015, transactions valued at N100,000,000.00 (One hundred million Naira) and above, should be allowed for customers with the BVN; (These include, but not limited to, money transfers, loans, contingencies, etc). It said that by June 2015, all banks' customers should have BVN. Any bank customer without the BVN would be deemed to have inadequate Know Your Customer, KYC. DMBs should intensify efforts to sensitize their customers on the aforementioned development and enrol them for the BVN accordingly. It further said that DMBs are required to submit to NIBSS, as part of their weekly returns on Customers Account Details, the account status of customers that have submitted their BVN and those that have not. NIBSS in turn, will render consolidated returns to the CBN, on weekly basis, starting from 1st October 2015.'

It should be noted also that the CBN had told banks operating in the country that bank accounts without the Bank Verification Number (BVN) would be operated as 'No Customer Initiated Debit'.

The apex bank said this in a circular titled: 'Classification on Accounts with BVN Related Issues' sent to all commercial banks and posted on its website.

The circular had said that such accounts would remain dormant until the account holder obtains and attaches the BVN to the account.

The circular read: 'It has, however, come to our notice, that some customers could not link their BVN to their accounts. This is due to discrepancies between the record on the BVN database and the records on the core banking applications of the DMBs.

'Such customers can approach their bankers for correction, but some of the banks could not effect the corrections.'

The apex bank, in the circular, said that in view of this development, it had become imperative for the CBN to issue the clarifications. It said that such clarifications included corrections of Date of Birth on the BVN record. This should be allowed once, with supporting documents, evidencing the correct date of birth. The CBN said that change of names due to marriage should be allowed with supporting documents, such as marriage certificates or affidavits, among others.

The apex bank said that minor correction of names, due to misspelling should be allowed, with supporting documents such as international passport, showing the correct name.

According to CBN, change of names that are totally different should only be allowed after customer has produced supporting documents.

The CBN had said that this should be reported to the Nigerian Financial Intelligence Unit (NFIU) as a suspicious transaction by the bank customer.