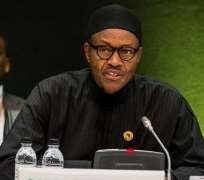 President Muhammadu Buhari has appointed Senator Olabiyi Durojaiye from the South West as the Chairman, Nigerian Communications Commission (NCC) Board.

This, Adesina said, was contained in a letter dated August 2, 2016, sent to President of the Senate, Abubakar Bukola Saraki.

The statement added that the nominations were in accordance with Section 8(1) of the Nigerian Communications Commission Act 2003.