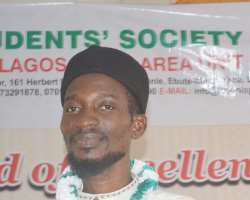 The Muslim Students' Society of Nigeria, Lagos State Area Unit has urged the 17 newly appointed Chief Executives for parastatals and agencies under the Federal Ministry of Education not to disappoint Nigerians.

The Amir (President) of MSSN in Lagos State, Saheed Ashafa, made the appeal in a press release to congratulate Prof. Ishaq Oloyede, who was appointed as the new Registrar of Joint Admission and Matriculation Board and other new heads.

Ashafa called the attention of the newly appointed executives to the poor state of education in the country, saying Nigerians expected progress after their emergence.

The MSSN Lagos Amir cautioned the heads that their new appointment could either make or mar their integrity.

He said, "We send our heart felt congratulations to Prof. Oloyede and other newly appointed heads. We won't stop trusting Prof. Oloyede's competence and zeal to ensure development in any sector he finds himself.

"In addition to Prof. Oloyede, we urge all the newly appointed chiefs to ensure that their appointment put their agencies on a right footing and restore their standards.

"For instance despite that the major responsibility of the JAMB is to conduct exams for admission seekers into the tertiary institutions, releasing results and offering provisional admission to students, the agency has not usually perform to expectation.

"Recently, it is discouraging that JAMB has not really lived up to its standards in terms of recording absolute success in its activities. It should be noted that restructuring in the agencies will be more worthy if the new heads perform effectively.

"With JAMB and other educational agencies getting new heads, it is our hope that the desired change in education will be witnessed. We expect that policies will not be reversed frequently as witnessed in recent times and students confidence in the agencies will be strengthened."

Ashafa, however, called on stakeholders in the educational sector to give maximum support to the newly appointed heads.

"Our educational sector has got to a stage that we can no longer leave it for government alone to fix. All hands have to be on deck and stakeholders have to play active roles," he added.