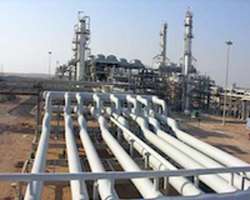 Three of the ex-agitators of the Niger Delta under the Presidential Amnesty Programme have graduated from universities in the United Kingdom with First Class degrees.

The Media and Communications Consultant of the Amnesty Office, Mr. Owei Lakemfa, said in a statement on Monday that 19 other students under the programme completed their academic programmes with Second Class Honours Upper Division.

He said that a total of 144 students of the Amnesty Programme successfully completed various academic programmes in 17 UK universities.

Lakemfa said that three of the ex-agitators made First Class from Liverpool and Bedfordshire Universities.

He said, 'The 144 Amnesty students graduated from 17 universities in UK. Eight of them had Second Class Upper degrees in Law, Criminology, Accounting, Computer Science and Health and Social Care from the University of Bedfordshire.

'Six of them graduated with Second Class Upper from the  University of Liverpool in  Pharmacology, Geology, Maritime Business, Accounts & Finance, Politics and International Relations.

'Two had Second Class Upper from the Swansea University in Law and International Relations while one each graduated  in the same Class from Anglia Ruskin, Plymouth and Portsmouth  universities.'

Lakemfa quoted the Special Adviser to the President on Niger Delta and the Coordinator of the Presidential Amnesty Programme, Brig.  Gen. Paul Boroh, has having commended President Mohammadu Buhari for his commitment to human capital development in the Niger Delta.

Boroh was said to have made the comment while addressing the 144 graduates at the Nigerian High Commission, London.

Boroh was quoted as having said that the Programme was willing to give Masters Degree scholarships to the three who graduated with First Class for  making the country proud.