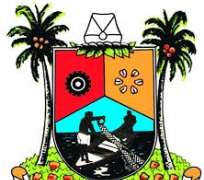 Lagos State Government has said that the disbursement of N6.25billion being the first tranche of N25 billion, Employment Trust Fund, ETF, to beneficiaries would finally commence in September, 2016, aimed at stimulating the Small and Medium-sized Enterprises (SMEs) of the state economy.

The state government however, warned that it would not hesitate to apply the section of the Employment Trust Fund Law 2016, that prohibit false declaration of data which attract both fines and jail term on conviction.

The Attorney-General and Commissioner for Justice, Mr. Adeniji Kazeem, his counterpart from Ministry of Wealth Creation and Employment, Mr. Babatunde Durosinmi-Etti and Special Adviser to the Governor on Civic Engagement, Mr. Kehinde Joseph made the disclosures at the Awareness/Sensitization programme on how to access the fund by interested entrepreneurs, held in Alausa, Ikeja.

The event which held at Adeyemi Bero auditorium was largely attended by artisans, market women, young entrepreneurs, party leaders among others.

Durosinmi-Etti said, 'The disbursement of the fund will commence in September this year. The reason for the delay is for the board to finalize the process for accessing the funds.'

He explained that the repayment of the fund will be determined by the profession which the fund was borrowed for.

According to him 'The fund is to spur the beneficiaries, engender the development of entrepreneurial spirit among the youths and residents to tackle the problem of unemployment. We believe that with this measure in place, more residents will participate in the economic growth of the state.

'This approach is one of the many strategic adopted by this administration to enhance productivity, reduce social conflict and ensure socio-economic growth of the state,' he added.

Joseph in his address, however, said the beneficiaries 'must be proven hard-working and innovative youths who must possess the acumen to exploit the existing business opportunities in their environment and discover new ones with a view to creating wealth and employment.' – Vanguard.