Restoration And The Protection Of The Child 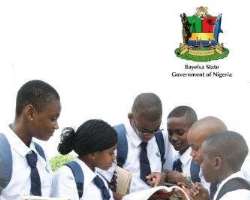 In the framework of democratic governance and service delivery, it is quite evident that the Restoration Administration has already exceeded some of its targets in fulfilling her mandate. A dispassionate look at what the government has been able to achieve since February 14, 2012 when the Governor assumed office on the strength of his February 11, 2012 electoral mandate, clearly shows strides in virtually all sectors.

These landmark achievements bear eloquent testimony to a focused leadership, which has been able to lay a solid foundation for enduring legacies in the pursuit of the common good. The protection of the rights of the vulnerable has also been given more than a passing attention.

In every society, Children (minors) are given a pride of place in laws concerning protection of their rights. Universally, it is acceptable that the rights of children should be protected since they fall under the vulnerable group that can be exploited. Hence, the United Nations made a declaration on child Rights Act, which has been domesticated by all democratic countries.

The National Charter for Children, 2003 adopted on 9th February 2004, underlined the intent to secure for every child the inherent right to be a child and enjoy a healthy and happy childhood; to address the root causes that negate the healthy growth and development of children; and to awaken the conscience of the community in the wider societal context to protect children from all forms of abuse, while strengthening the family, society and the Nation.

To affirm Government’s commitment towards adopting a rights based approach to address the continuing and emerging challenges in the situation of children, in 2003, Nigeria adopted the Child Rights Act to domesticate the Convention on the Rights of the Child, whereby it reiterates its commitment to safeguard, inform, include, support and empower all children within its territory and jurisdiction, both in their individual situation and as a national asset.

Protection of the Rights of the Child is part of the Millennium Development Goals (MDGs), now Sustainable Development Goals (SDGs). Failure to protect children from issues such as violence in schools, child labour, harmful traditional practices, child marriage, child abuse, the absence of parental care and commercial sexual exploitation, amongst others, means failure in fulfilling both the Constitutional and International commitments towards children.

Bayelsa State has domesticated the CHILD RIGHT ACT and thus became the 23rd state in Nigeria to ensure the legal protection of children from all forms of violence, through the domestication of the national Child’s Rights Act. The law, signed by Governor Seriake Dickson on 6th May, 2016 for the first time in Bayelsa, criminalizes violence against children and sets out the role of every stakeholder in preventing and responding to violence against children, which is widespread in Nigeria.

The Head of European Union Delegation to Nigeria and ECOWAS, Michel Arrion, welcomed the domestication of the Act by Bayelsa State, and urged other states which are yet to do so to follow its example, “Bayelsa has taken an important step to further the protection of children in Nigeria”, Ambassador Arrion said “Bayelsa State is committed to take affirmative measures –legislative, policy or otherwise–to promote and safeguard the right of all children to live and grow with equity, dignity, security and freedom, especially those marginalized or disadvantaged; to ensure that all children have equal opportunities; and that no custom, tradition, cultural or religious practice is allowed to violate or restrict or prevent children from enjoying their rights.

A national survey by the National Population Commission, supported by the United States Centres for Disease Control and Prevention and UNICEF, launched last September, found that six in 10 children suffer one or more types of violence before they reach the age of 18 years – one in two suffers physical violence, one in four girls and one in 10 boys suffer sexual violence and one in five boys and one in six girls suffer emotional violence. Most children never tell anyone what happened to them. Less than four per cent ever receive the support they need to recover.

One example of the Restoration Administration has demonstrated strong commitment was the issue of Miss. Ese Oruru. A teenager – Ese Oruru was purportedly abducted and taken to Kano. Not only did the Government mobilize the appropriate agencies to investigate the matter, government was proactive in bringing the culprits to book while at the same time providing custody for the victim. The State Government also prosecuted the purported abductor and the settlement of the matter is still pending in court.

Given the government’s dissatisfaction with the prevailing security situation it met on the ground in the state, the Dickson Administration, on assumption of office, outlawed cultism with the immediateness it deserved. The State Anti-Cultism Law was passed by the House of Assembly as proposed by the executive. Under the law, cultists, once convicted are to serve a jail term of 10 years without an option of fine. It subsequently commended the registration of repented cultists with a view to reintegrate them to society so that they can contribute their quota to societal development. Similarly, it introduced Operation Doo-Akpo, ODA into the security infrastructure of the State, to restore order. So far, ODA is another success story. The government equally invested in the Integrated Security Management System.

Other policies related to the protection of the rights of the child include: Implementation of Free Education at the basic level Establishment of the Bayelsa State Sports Academy Establishment of the Youth Development Centre in Kaiama. Promotion of the ijaw language, culture and identity Periodic funding of orphanages Building of institutions for the physically challenged in Opolo among many other initiatives.

Practical measures have been taken to demonstrate the protection of the Rights of the Child. In Bayelsa State, basic school has been revamped. Serious renovation works have been carried out and building of Headmasters’/Headmistresses quarters has been completed in in all basic schools across the three Senatorial Districts. Pleasantly, basic education is free, universal and compulsory while government underwrites all external examination fees for the students. Under the MDG office, countless Health Centres and water projects have been built across the country.

In response to these findings, President Muhammadu Buhari launched the Year of Action to End Violence against Children, calling on states to take action to strengthen their laws, policies and services to protect children. Today, the Bayelsa Child is less vulnerable than before. Government recognizes these children as ‘children in difficult circumstances’, characterized by their specific social, economic and geo-political situations. In addition to providing a safe environment for these children, it is imperative to ensure that all other children also remain protected. This is because Child Protection is integrally linked to every other right of the child.

Bayelsa State has heeded the Federal Government’s call and is warmly congratulated”, said Jean Gough, Representative of UNICEF Nigeria. “This ground breaking law is a significant step in protecting and supporting the millions of children suffering physical, sexual and emotional violence every year in Nigeria”. UNICEF, the State Ministry of Women Affairs and Social Development, the State Ministry of Justice and civil society groups, especially the Child Protection Network (CPN), relentlessly advocated for the passage of the law, under the Support to Justice Sector Reform Programme, a BPS. 26m initiative funded by the European Union.

“I am delighted that the new Child Rights Law will offer protection for children in Bayelsa State”, said Bayelsa State Governor, Henry Seriake Dickson, “I stress that anyone caught violating the rights of children will be prosecuted according to the provisions of this new law”.

Finally, in fulfillment of the objectives of the Restoration Administration to protect, educate and empower the girl-child in Bayelsa State, The Friday Konyefa Foundation, a not-for-nprofit, nongovernmental organization has sponsored 220 girls in Spice Catering School, Yenagoa. This is to complement and strengthen government’s efforts in the protection of the girl child. The kind gesture of the Friday Konyefa Foundation is a clarion call on other NGO’s, the Oil Multinationals and other key stakeholders in the protection of the rights of the child.

In Nigeria, Bayelsa Sate has demonstrated more commitment in protecting the rights of the child and the commendation can only redound to the vision and pro-activeness of Governor Seriake Dickson, who uses the instrumentality of the law to evoke positive action in this direction. Protecting the rights of the child is akin to the preservation of our tomorrow. This is a task we cannot abdicate.

Onyeche Success .O. is a member of the Bayelsa New Media Team.