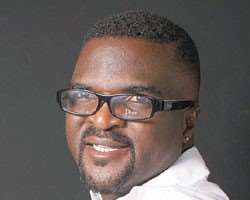 For those wondering why lewd Fuji singer, Obesere, is now doing hip-hop music, they need not wonder anymore.

The 'Asakasa' master has given his reasons.
Speaking on his foray into hip-hop music, he said, 'I'm doing hip-hop to prove to the world that I'm a professional in what I'm doing. It doesn't mean that because I'm a Fuji artiste, I cannot sing anything else. Whatever music turns itself to, I'm ready to do it. A Yoruba proverb says that you should face the same direction that the rest of the world is facing, so you won't be displaced by time. I don't want to give any chance to anybody to push me aside to irrelevance because I want to continue being relevant. The good thing is that people have accepted my work. They appreciate me because they've known me already. It is an opportunity to prove that I deserve my title as 'Paramount king of music.'

On why he established his record label, he said, 'I established Sidophobia Entertainment to promote upcoming artistes, and to promote myself, and work on my future. I may say I want to retire, and its my label I'll retire on. I have a lot of artistes like M4 and Fayrous under my label. Many artistes come to me, but I have to select the ones that are really talented. All my artistes are capable as far as music is concerned.'

Obesere also allayed fears that Fuji music is facing imminent extinction. He asserted, 'Fuji music can never die. It is traditional, but hip-hop is a borrowed culture. As a matter of fact, most hip-hop songs have a bit of Fuji in them.'

The ebony-skinned artiste also revealed that he'll soon be shooting a video for the song he recorded with Timaya. - Vanguard.