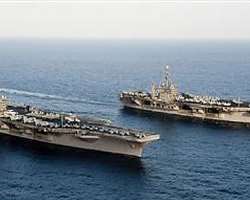 Piracy and maritime crimes in the Nigeria’s sea areas have become un-abating in 2016, report experts.

“The new reports issued by the International Chamber of Commerce’s International Maritime Bureau (IMB) show that kidnapping is on the rise in the region with 44 crew members abducted for ransom in 2016 and 24 of the incidents occurring in Nigeria, an increase from 10 incidents recorded in the first half of 2015,” reports Sulaimon Salau, a journalist with The Guardian, Nigeria, 28 July 2016.

During a UN Security Council Open Debate on Peace Consolidation in West Africa in New York on April 25 2016, Ambassador Michele Sison, U.S. Deputy Representative to the UN says that Nigeria is losing about USD 1.5 billion a month due to piracy, armed robbery at sea, smuggling, and fuel supply fraud as piracy and armed robbery in the Gulf of Guinea increase at an alarming rate.

"Since the start of the year, at least 32 attacks off the coast of Nigeria were recorded, affecting many member states," reports Bella Naija, an online news media, April 25, 2016.

“What we are having on the waterways is the fallout of what is happening in the country in terms of armed robbery and kidnapping. These people only moved from land to sea to perpetrate their evil acts. The difference is that they have mastered the water, unlike those ones that are operating on the land. It is like the Navy are not well equipped," says The Chairman, Indigenous Ship Owners’ Association of Nigeria, Isaac Jolapamo, who is also the Chief Executive Officer, Morlap Shipping Company Limited.

The killing of the NSCDC official came after the Director-General of the Nigerian Maritime Administration and Safety Agency (NIMASA), Dr. Dakuku Peterside swaggers while addressing an on-going IMO/MOWCA in Brussels, Belgium, saying that all the coasts in the country are safe for maritime investors’ activities, with Maritime Patrol Aircraft (MPA) deployed to patrol and monitor the country’s waterways.

“We have a close working relationship with the United Nations Office on Drugs and Crimes (UNODC) in order to foster an integrated approach to dealing with the menace. We have also increased surveillance and have deployed world-class maritime domain awareness assets in conjunction with the Nigeria Navy and the Nigeria Ports Authority to monitor our maritime environment,” Peterside says.

The Control Risks’ Maritime Risk Analysis, a renowned global team that sees to maritime issues, however, has shown worry that Nigeria is toppling in offshore kidnaps with presence of activism, terrorism, militancy, armed assaults being witnessed within her water ways.

Seeing the new development in maritime crimes, on April 15 2016, at a press conference in Abuja, tagged the mission ‘Operation Tsare Teku’, the Chief of Naval Staff (CNS), Vice Admiral Ibok-Ete Ibas, who was represented by the Navy Chief of Training and Operations, Rear Admiral Henry Babalola shows worry about this, hence an institution of a special task force to check this out, has been announced.

“Officials and private actors disguise theft through manipulation of meters and shipping documents. Proceeds are laundered through world financial centres and used to buy assets in and outside Nigeria, polluting markets and financial institutions overseas, and creating reputational, political and legal hazards,” a report by Chatham House indicates.

With the increase in the number of ships being expected by the Navy to fight maritime crimes, in April 2016, Nigerian Navy is giving flippancy excuses of their incapability to arrest the situation, saying, the non-fulfillment of preceding amnesty programmes to ex-militants in the country and economic problems are the chief reasons behind the recurrence of maritime crimes in the country.

“There was no maritime crime in the country’s sea environment from July 2015 to 12 January 2016 when various incidents re-surfaced in the country,” the excuses are revealed by the Chief of Naval Staff Vice Admiral Eteh-Ibas at the Press Conference in Abuja.

The crimes that Navy cry about in the waterways may be seen as a prophesy come true when Dryad Maritime, a leading voice in the sector predicted last year that maritime crimes may topple in the country in 2016. The prediction was coming after there was a kidnapping incident where 11 crew members of a crew offshore of the Niger Delta were kidnapped in three separate attacks.

“Kidnap remains the most serious threat to mariners in the Gulf of Guinea, and further similar attacks will almost certainly occur in 2016. In previous years, heavily armed criminal syndicates have conducted the hijacking of larger vessels hundreds of miles from the Nigerian coastline, before sailing them back to the Nigerian exclusive economic zone (EEZ) and transferring the cargo onto illegal offload tankers,” reports maritime crime figures for 2015.

There are reported cases of petty theft to kidnapping and a single hijacking when world leaders had thought that in the Gulf of Guinea, crimes had dropped by nearly a third in 2015 compared to the previous year. Due to the pirates can demand, they target chiefly, personalities of crews like the western crew, usually the Master and Chief Engineer.

An Assistant Editor (News), Olukorede Yishau with The Nationon December 17 2013, accounts that naval sources said that Nigeria was losing about N250 billion monthly to maritime crimes, such as piracy, bunkering, smuggling, poaching, oil theft, human trafficking and other transnational crimes of which experts said in a year, N3 trillion was lost to economic sabotage.

“President Goodluck Jonathan (then) said 300,000-400,000 barrels of oil per day is lost through maritime crime. This represents more than 10 per cent of the country’s production. The country and oil companies, according to the Presidency, lose close to N250 million a month to this crime. This amount is just 10 per cent of what is lost to all the facets of maritime crime,” the source says.

Investigation reveals that Shell, a multinational oil company says in an examination, “The unrest has turned into a worrying criminal movement, which feeds on massive thefts of crude oil. Heavily armed and well-organised groups attack oil and gas facilities in the delta, shut down operations, kidnap staff and sabotage pipelines.”

The then Director-General of NIMASA, Mr. Patrick Akpobolokemi, “What has come to be known as Nigeria piracy is the hijacking of ships by hoodlums who attack their targets, mainly tanker vessels with force, divert the vessel to a hidden place in the sea, siphon its products into their waiting vessel and then let off the hijacked vessel.”

Akpobolokemi adds, “Nigeria is now being categorised the same as Somalia as a result of these incidents. But the incident in Nigeria, even in the Gulf of Guinea, is not as high as that of Somalia where vessels are being hijacked for ransom. The Nigerian maritime stakeholders are worried at the increasing trend, as businesses are being interrupted, especially fishing trawlers.”

According to Ships & Ports, a leading voice on maritime in the country, “In total, 2015 saw at least 37 crew kidnapped for ransom in nine separate incidents off the Niger Delta. This compares with 14 incidents of similar attacks in the area in the previous year, which resulted in the kidnapping of at least 34 crew members. The number of crew taken during 2015 is on a par with 2014, albeit from five fewer attacks, according to Dryad’s figures.”

The source adds, “West African crew may only fetch several thousand pounds, whilst the criminals hold European crew until a ransom of over $100,000 per man is paid. The three crews, two Greek and one Pakistani, taken from MT Kalamos in February this year (2015) were only released once a $400,000 ransom payment was made,” reports Ships & Ports.

The battle-ready by the Nigerian Navy saying that it is bent on tackling the menace in the maritime sector is not novel. It’s noted that in 2012, the Navy were there and Shell lost more than 40-60,000 barrels of oil a day, leading the giant oil company to shut down lines, because crime in illegal connections, more frequent shutdowns, were more than in 2012.

“Barges take stolen oil to tankers waiting offshore for export. There is also a massive illegal refining business based on stolen crude oil. All these have reduced the amount of oil SPDC is producing, created environmental and social problems from oil spills and reduced government revenue that could be used to develop infrastructure and services,” the source adds.

The then presidential aide Ken Saro-Wiwa jnr., says: “The figures are huge. (Oil theft) could destabilise Nigeria. The business is worth billions of dollars a year. It is on an industrial scale, and involves commodity traders, international (criminals) and a whole network of people. There are some allegations that the oil companies themselves are implicated.”

A senior naval officer, Air Vice-Marshal Eko Osim, laments to The Nation, saying, "The maritime crime industry is not limited to oil theft. Smuggling, piracy and bunkering are top on the list of the crimes, as economic sabotage perpetrated through the water, where the country loses N250 billion monthly to maritime crime. This comes to N3 trillion annually, far in excess of what the country spends on education and health, which are in dire strait."

In what sounds political, then Acting Director General of NIMASA, Mr. Haruna Baba Jauro in December 2015 expresses the agency’s commitment (like Peterside is sounding) in stamping out the activities of criminals in the seas.

Jauro makes this statement while speaking as a special guest of honour at the opening ceremony of the Nigerian Army School of Public Relations and Information, NASPRI, media workshop in Lagos.

“NIMASA had committed itself to ensuring the success of the working agreements with the Nigerian military in order to keep the Nigerian maritime environment safe from criminal activities,” Jauro says.

In 2014, Chief of Naval Staff, Vice Admiral Usman Jubrin then, in his welcome address at the occasion of the Navy ceremonial sunset and 2014 end of year ball held at the NNS Quorrah, Apapa Lagos, discloses how navy expected two ships from China and the United States of America before the end of year 2014, as they increased effort to stomp out maritime crimes in the country.

“Though this demands are heavy, the consequences of neglecting them are direr especially for a nation like Nigeria whose livelihood and well being are very closely tied to the maritime environment,” Jubrin said.

In a statement, according to The News, March 2 2016, "Maritime Academy of Nigeria, Oron, Akwa Ibom State has revealed that about 11,000 cadets of the maritime institute who have succeeded in completing various cadet courses in the last 10 years have been denied the opportunity of doing the one-year mandatory practical training on board ocean going vessels. This is a requirement by the International Maritime Organisation that has been made impossible because Nigeria does not have a training ship for the cadets. Consequently, the cadets have been denied the award of the Certificate of Competency, COC."

However, it may not be business as usual for pirates as Navy say they are ready to tackle crimes in the Nigeria’s waterways with the following ships: NNS Okpabana, NNS Kyanwa, NNS Sagbama, NNS Andoni, NNS Centenary, NNS Burutu and NNS Zaria.

Odimegwu Onwumere is a Rivers State based poet, writer and consultant. He won in the digital category, Nordica Media Merit Awards 2016, Lagos; and the International Award for Excellence in Journalism 2016, Geneva. Tel: +2348057778358. Email: [email protected]