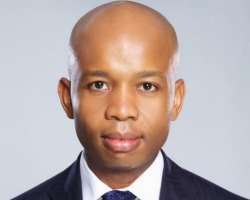 Analysts and industry watchers had, because of the harsh macroeconomic outlook, forecasted sluggish growth and greyed result for the period, but the interim report and accounts of the bank for the first six months of the year surpassed industry expectations as total comprehensive income rose by 13.3 per cent year on year to N16.3 billion as against N14.4 billion recorded in comparable period of 2015. Non-interest income surged by 33.4% to N26.5 billion, reflecting the successful efforts targeted at improving this income line and also the focused strategy of management, which were sharpened at improving digital functionality and widening financial inclusion.

Profit Before Tax (PBT) remained modest and stable at N10.5 billion while Profit After Tax (PAT) stood at N9.1 billion, thus meeting shareholders' expectation for the period under review and showcasing the strategic strength of the management creatively configured to surmount the turbulent macroeconomic environment and the tough regulatory framework facing the financial services sub-sector.

The Bank improved on its credit creation by 28.6 per cent as loans and advances to customers grew from N763.6 billion in the same period last business year to N982.3 billion. Also, loans to other banks jumped by 30.7 per cent to N78.5 billion in H1 2016 from N60.1 billion in the corresponding period last year, while its retail customers grew to over 13 million with 7 million of these opening accounts in the last 2 years. Also, the Banks digital leadership in the financial services sub-sector gained ascendency as its Diamond Mobile Apps usage increased from 1.6 million to 5.1 million while volume increased from 1.3 billion to 5.5 billion year on year.

The Bank sustained a strong top line growth with the asset base surging to N1.970 trillion from N1.753 trillion in the same period last year, representing 12.4 per cent increase.

Commenting on the Bank's H1 performance, Uzoma Dozie, Chief Executive Officer stated that despite the economic headwind, the Bank would remain resilient and sustain the positive growth throughout H2.

According to him, the Bank's strong liquidity and capital adequacy ratios plus its digital transformation have rightly positioned it to meet customer obligations and offer service deliveries that are beyond banking.

He said: 'With the domestic economy contracting, the Nigerian banking industry has faced a number of challenges over the last six months. Nevertheless, in the first half of 2016, we have remained resilient in weathering these headwinds and there are real bright spots in our income streams, as well as noteworthy cost reduction, which gives us confidence going into the second half of the year. Due to actions taken and an ongoing prudent approach, our regulatory capital remains strong. This position of strength helped offset the one-off impact of the recent devaluation of the naira, as acknowledged by Fitch Ratings when they affirmed our B rating with a stable outlook. Liquidity of the bank also remains high and is well above the guidance ratio stipulated by CBN.

Although year on year impairment charge grew by 45.6 per cent to N19.0 billion, reflecting the Bank's continuation of prudent provisioning, which is aimed at strengthening performance in the years ahead; its operating costs and interest expense are shrunk by 10.7% and 27.5% respectively compared to H1 2015, reflecting success of the cost control initiative and low cost deposit strategy.

Speaking further, Dozie stated that despite the catalogue of challenges facing the sub-sector, which were exacerbated by the recent devaluation of the naira and foreign exchange scarcity, culminating in backlog of unpaid salaries and wages for individuals, Diamond Bank has continued a diligent implementation of its focus on curtailing cost. According to him, this has resulted in 10.7% reduction in operating expenses and 3.8% drop in employee benefit expenses for the period under review. The Bank also integrated further its retail offering and the supporting infrastructure with the opportunities created by its value chain marketing approach in the corporate and business banking segments.

'In the last few months, evidence has shown that the new strategy and initiatives to curtail costs are proving successful and are reflected in the bank's financial indicators. This is reassuring. Year on year, costs came in lower and as we conclude the organizational restructure, we expect to harvest more savings from operational and employee expenses. The primary benefits of this however are the resources that we have freed up to provide improved services to customers. Having done this, we are optimistic that the Bank is in the right markets and has the wherewithal to excel and create value for shareholders in the long run,' stated Dozie.

Diamond Bank Plc began as a private limited liability company on March 21, 1991 (the company was incorporated on December 20, 1990). Ten years later, in February 2001, it became a universal bank. In January 2005, following a highly successful Private Placement share offer which substantially raised the Bank’s equity base, Diamond Bank became a public limited company. In May 2005, the Bank was listed on The Nigerian Stock Exchange. Today, Diamond Bank is the fastest growing retail bank in Nigeria with a track record of high quality banking solutions for customers. It's the lead driver of financial inclusion and enhanced customer experience through innovation and technology. Regarded as supporter of lifestyle trends, it mobile banking app, 'Diamond Mobile' currently has over 1 million active subscribers on its platform. Diamond Bank has over the years leveraged on its underlying resilience to grow its asset base and to successfully retain its key business relationships. It has also played a leading role in partnering with domestic and International bodies such as Women's World Banking, Bill and Melinda Gates Foundation, MTN etc. to create easy access to financial services for the unbanked.