JCI Indictment: Death Is The Legitimate Punishment For Those Involved In Zaria Massacre 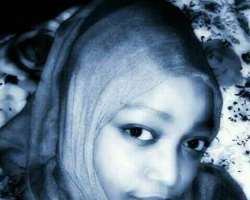 As a Retentionist status nation, Nigeria retains the death penalty. The punishment for the massacre of over 350 Nigerians in two days, and the subsequent secret burial of these victims with many not medically confirmed dead, can only be capital: death.

As the Kaduna Judicial Panel report is being edited for release, one can only expect such a recommendation for an expedient death sentence to all found guilty, in the report and subsequent Whitepaper under the freshly commissioned nine-member Adamu Mohammed Mansur led panel.

The Nigerian constitution recommends the death penalty for acts of treason, homicide and armed robbery.

The Nigerian Armed Forces Act
Part XII, 106, under "Murder," defines:
A person subject to service law under this Act who, without justification or excuse, unlawfully

(a) he intends to cause the death of the person killed or that of any other person; or

(b) he intends to do the person killed or to any other person some grievous harm; or

(c) death is caused by means of an act done in the prosecution of an unlawful purpose, where

the act is of a nature that is likely to endanger human life,

is guilty of murder and liable, on conviction by a court-martial, to suffer death.

Further for the cases of incendiarism during the Decsmber 12th to 14th Zaria massacre, part 111. of theNigerian Armed Forces Act under caption "Arson" defines:

(a) to a public building, dwelling house, an office or any structure whatsoever, movable or

immovable, whether completed or not, occupied or not; or

is guilty of arson and liable, on conviction by a court-martial, to imprisonment for life.

Recently the Nigerian army sentenced several officers to death for the offense of mutiny which falls into the capital offenses category according to the Armed Forces Act.

Many of the Zaria victims remain burned beyond recognition from the incendiarism of the two days of the massacre, and in serious anguish and suffering. The pain to the victims and their families and orphaned children is beyond words.

The massacre of the hundreds of innocent Nigerians in Zaria last December has been described as the record state-perpetrator act of terror and genocide in recent global history.

While Nigeria's army chief Tukur Yusuf Buratai, defended the actions of the army and general's in charge in the two days of the December massacre and claimed the army acted according to its rules of engagement, RoE, further claiming in his deposition to the Nigerian Human Rights Commission, NHRC , that only seven (7) minority Muslims of the Islamic movement were killed in the fracas, the Kaduna panel of inquiry received evidence from the Kaduna state government of the army submitting over 350 bodies for secret burial, thereby finding the army chief complicit and in attempt to obstruct and subvert justice. The recommendations of the panel in lieu of this are yet to be revealed as the full report is yet to be made public.

For the massacre of hundreds of people, Nigerians expect justice to sanctify and purify the land, and death sentences are requisite justice for such an unwarranted and evil genocide.