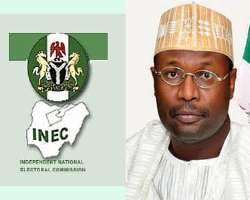 We, members of registered political parties under the aegis of Rivers State Inter-Party Advisory Council (IPAC) have just received but with grave disappointment the news of the suspension of the re-run elections in the State scheduled to hold Saturday, July 30, 2016.

It’s indeed shocking that the Independent National Electoral Commission, INEC, could arbitrarily suspend the elections without consulting the concerned political parties and inundating us as to why the elections should not go on as planned.

This is suspicious and clearly shows that Nigeria’s Democracy is on trial by an electoral body that ought to be an unbiased umpire.

There is no gainsaying the fact that the State has been relatively peaceful, with the residents carrying on with their businesses across the State lawfully and without any incidence of skirmishes in any part of the State as erroneously alleged.

Compared to other States where elections and re-run elections have taken place also conducted by same INEC, Rivers State can safely be described as a haven mainly due to the efforts of the State government in providing logistic support to the security agencies for maintenance of law and order. Security concerns are a national and indeed, universal phenomenon and not peculiar to Rivers State.

To therefore anchor on, or hide under security concerns to postpone elections long prepared for, for almost a year now is to say the least, a blatant lie and deceptive.

We, members of the Inter-Party Advisory Council (IPAC), Rivers State hereby condemn in its entirety the unilateral suspension of the July 30 re-run elections in the State by the INEC.

We also make bold to say that we are very ready and most prepared for the elections because we have worked hard to prove to the people that we are capable and remain their best choice to pilot their affairs which are self-evident.

We therefore urge the INEC to reverse itself and go ahead to conduct the elections it had so much promised and announced its readiness to do so.

By postponing the elections, INEC is not doing the State any good because while the rest of the country are fully represented in the National Assembly and having quality legislations to move their respective States forward, Rivers State continues to be stagnated and denied its due representation in all things.

This is not the democracy or change Nigerians prayed and hoped for.

It’s also important that INEC do the needful by going on with the July 30 re-run election to disabuse the minds of greater majority of Rivers people and other political parties that it is rather acting out an already drafted script by the All Progressives Congress, APC which is not ready and will never be ready for the elections, but prefers the status-quo to remain knowing full well that it will lose the contest.

The postponement, we regretfully reiterate is not acceptable to IPAC, Rivers State.

Rivers State is safe for election, the incident in Khana Local Government Area is a grand design by the APC and its agents to create a scene to enable INEC play its script. We condemn this attitude totally.