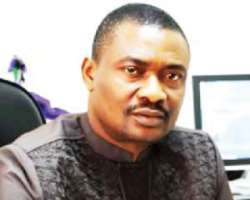 The Secretary, Rev. Samuel Ikpea, Nigeria Football Supporters Club (NFSC), on Tuesday urged Nigerians to insist that the incumbent executive of Nigeria Football Federation (NFF) be sacked over what he called 'non-performance'.

'If Nigerians do not insist on his resignation now, missing out of 2018 World Cup is imminent,'' Ikpea told the News Agency of Nigeria (NAN) in Lagos.

His call is coming on the heels of the two-day visit by the FIFA President, Gianni Infantino and Secretary-General, Fatma Samoura to Nigeria on July 24.

The visit has among others, attracted about 1.2 million dollars in development fee to NFF from FIFA as against the 300,000 dollars given by the previous administrations.

'The Pinnick-led NFF executive has failed Nigerians. For Nigeria to drop from 60th to 70th position in the world football ranking is a shame.

'Any reasonable leader will resign because of the development,' the secretary said.

According to Ikpea, the situation is not as bad as it is now under former Chairman, Alhaji Ibrahim Galadima, and so Nigerians should not hesitate before sacking the NFF executive members.

'Today, Nigeria is not for the Africa Cup of Nations, the future of our age grade teams is partly damaged and they may not qualify us for the 2018 World Cup in Russia.

'Nigerians, don't sit and look, lend your voice to this call now before it's late,' he appealed.

On the national coaches, Ikpea said that the iNFF had embarrassed Nigerians and Nigeria's government with the appointment of Frenchman Paul Le Guen as the Coach of the Super Eagles though he rjected the offer.

'When you did not pay Nigerian coaches well, you don't respect them; do you think the foreign coaches are fools?

'It is the suffering and retired foreign coaches that will accept offers from NFF,' he said.

The secretary said that he was also disappointed with the technical crew waiting as if they were there for personal interest and not for football growth.

He blamed the Nigerian media, saying they were sleeping and sentimentally divided when they should rise up to a common fight for the truth.

According to him, Pinnick has also created a division in the house of the 12th player in the field, the supporters club.

'You can see that when the national U-20 team lost to Sudan on Saturday at Teslim Balogun Stadium, Lagos.

'While Nigerians are mourning, Pinnick's supporters, his Niger Delta brothers in the supporters club were jubilating with him in the stadium,' he said.

Ikpea, then called on President Muhammodu Buhari to be aware that sports and indeed, football, in particular had kept Nigerians together.

'Football makes Nigerians smile even in suffering; it makes them to forget hunger when the game is on and so, Nigerians will not be happy not to qualify for the World Cup.

'I hereby urge President Buhari to beam his searchlight on the glass house in Abuja,'' he said.

Meanwhile, Buhari has during the 2-day visit of FIFA President Gianni Infantino, which ended on Monday, promised to support the NFF to develop football.