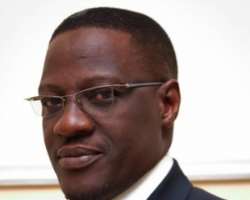 Governor Abdulfatah Ahmed of Kwara has said that government will augment the July Federal Allocation to local governments in the state with N160 million to pay workers salaries.

This is contained in a statement signed by Dr Muyideen Akorede, the Governor's Senior Special Assistant (SSA) on Media and Communication, in Ilorin on Tuesday.

The governor made the commitment during an interaction with council chairmen, their treasurers, labour leaders and top government officials.

He said the decision to augment the allocation was to ensure that teachers and all other local government workers were paid their full salaries for the month of July.

Ahmed, however, hinged the intervention on the completion of the workers verification exercise, stressing that only workers that have been cleared would be paid.

He emphasised that with the recent increase in allocation to all tiers, growth in internal revenue and the expected savings from the workers verification exercise, all categories of workers in the state would henceforth receive salaries as and when due.

The governor's pledge was a result of a plea by the Chairman of Association of Local Government of Nigeria (ALGON), Alhaji Abdullateef Okandeji, for the state government's intervention on the payment of salaries.

Ahmed also gave an assurance that the state government would work with the council chairmen to clear the backlog of salaries owed workers.

He directed the council chairmen to henceforth hold meetings with stakeholders in their respective local governments to discuss the value and utilisation of monthly allocation. – NAN.