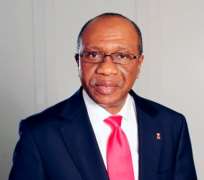 The Central Bank of Nigeria, CBN has disclosed that the 2016 Annual Meetings of the Association of African Central Banks AACB have been scheduled to hold in Abuja, Nigeria from 15-19 August, 2016. This was contained in a statement from the apex bank weekend.

The Assembly of Governors will be preceded by a technical committee and Bureau meetings from August 15-17, 2016 as well as a Symposium on August 18, 2016 with the theme: 'Unwinding Unconventional Monetary Policies: Implications for Monetary Policy and Financial Stability in Africa'

The concept for the formation of an Association of African Central Banks was first introduced on May 25, 1963, at the Summit Conference of African Heads of State and Government held in Addis Ababa, Ethiopia. In this regard, African Heads of State and Government unanimously agreed to set up a preparatory Economic Committee to study a large range of monetary and financial issues, in collaboration with Governments and in consultation with the Economic Commission for Africa (ECA).

The first AACB meeting of Governors was held in Addis Ababa, Ethiopia on February 15th-22nd, 1965, mainly to examining a cooperation mechanism and its related organs. Since then, the Association has, in addition to various extraordinary meetings, organized 38 ordinary sessions. The Association, currently comprises the Assembly of Governors (the governing body of which are members all African Central Banks Governors), a Bureau (composed of the Chairperson and the Vice-Chairperson of the Association and Chairpersons of sub-regional Committees), sub-regional Committees composed of Governors of Central Banks of the five (5) sub-regions as defined by the African Union. The AACB Secretariat is located within the Headquarters of the Central Banks of West African States (BCEAO) in Dakar, Senegal.

Other aims of the association are to examine the effectiveness of international economic and financial institutions in which African countries have an interest and suggest ways of possible improvement and envisage, following a well-timed and sequenced convergence process, the advent of a single currency and a common central bank in Africa.