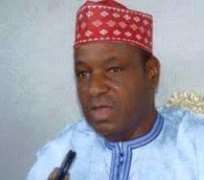 He died on Sunday morning at the age of 69, after a protracted illness.

Magaji was a deputy governor to former governor, Malam Ibrahim Shekarau, from 2003 to 2007.

He was buried in Kano according to Islamic rites.
Late Magaji came into limelight when he contested for the governorship in the defunct Social Democratic Party, SDP, in 1991.

He refused to bow to godfather politics.
Because of his popularity then, Magaji later defeated Gaya in the APP primaries in 1999 to contest and was defeated by Engineer Rabiu Kwankwaso and later joined Ibrahim Shekarau to pull Kwankwaso out in 2003 as deputy governor.

Among those who attended the funeral prayer for the deceased was Governor Abdullahi Umar Ganduje, his deputy, Professor Hafiz Abubakar, and other top government officials. – Thisday.