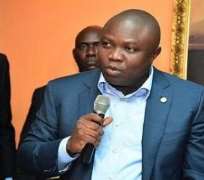 If found guilty by the provisions of the bill, land grabbers, popularly known as 'Omo Oniles or Ajagungbales', will  face a maximum 21years and minimum of five years imprisonment respectively if convicted.

There are also various fine impositions for individuals or groups convicted of the offence.

The bill which was passed at its plenary, after scaling through third reading was subsequently, sent to Lagos State Governor, Mr. Akinwunmi Ambode for assent.

According to the Speaker of the Lagos State House of Assembly,  Hon. Mudashiru Obasa, after the Bill was finally passed by a voice vote of all members directed the acting Clerk of the House, Mr. Azeez Sanni, to forward a clean copy of the bill to the state Governor for his assent.

The bill provides for prohibition of forceful land take over, entry by force, illegal occupation of property, use of land agents, illegal use of Law enforcement agents, encroaching with a weapon, sales of property without authority and professional misconduct among others with their attendant punishments as regards the particular offence.

The law was read a third time on plenary through a motion moved by the Majority Leader of the House, Hon. Sanai Agunbiade.

The passage of this bill into law in Lagos State is a huge step towards a lasting solution to the activities of the land grabbers which have become an age long menace in the state.