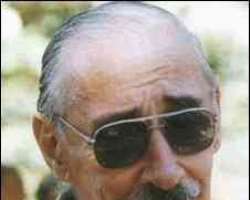 The former Argentine military leader, Jorge Rafael Videla, has been charged with an additional 49 cases of kidnapping, torture and murder.

Videla, who ruled from 1976 to 1981, is already serving a life sentence for human rights abuses committed during Argentina's so-called Dirty War.

The case against him was widened after new forensic evidence came to light.

He is also scheduled to face trial in September for stealing 33 babies of political opponents.

New evidence
Most of the new charges are related to the discovery and identification of human remains by forensic experts.

The experts were able to identify the bodies of presumed victims buried in unmarked graves in cemeteries across Buenos Aires.

Among them is the body of Rolf Stawowiok, a German citizen who vanished in the 1970s.

After his remains were found with signs of bullet wounds last year, a German court issued an arrest warrant for Jorge Videla. The German prosecutor's office thinks it is unlikely he will be extradited.

A trial date for the new charges has not yet been set.

Pardon revoked
Videla was sentenced to life in prison in 1985 of the murders of 66 people and the torture of 93 others.

But he was imprisoned for only five years before President Carlos Menem granted him a pardon, together with other junta leaders.

Then last year, he was once again sent to prison after a court cancelled the 1990 pardon, ruling that it had been unconstitutional.

Tens of thousands of people were disappeared and murdered during military rule in Argentina.