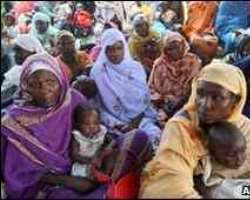 One of the biggest rebel groups in Sudan's Darfur region is boycotting peace talks with the government, accusing it of launching new raids.

The Justice and Equality Movement said the army had carried out air strikes and attacked villages in contravention of a ceasefire signed in February.

An army spokesman said its forces had come under attack.

Will peace return to Darfur?
Jem spokesman Ahmed Hussein Adam told Reuters news agency that the group was freezing its participation in the talks in Doha.

“The [Khartoum] regime either has to choose the path of war or the path of peace. If the offensive continues against our people we consider taking further measures as well,” he said, without giving details.

Weeks after Jem signed a ceasefire, a second rebel coalition – the Liberation and Justice Movement (LJM) – did likewise, paving the way for peaceful elections.

The only major group still holding out against the government is a faction of the Sudan Liberation Army led by Abdul Wahid, who has refused to take part in peace talks.

Since the conflict in Darfur began in 2003, some 2.7 million people have fled their homes and the UN says about 300,000 more have died.

The rebel movements have been fighting government soldiers and Arab militias who many people say are backed by the government.