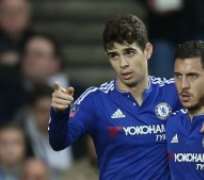 Antonio Conte is astounded by the poor performance of Chelsea last season, in particular the struggles of Eden Hazard .

The Italian manager watched from afar as the Belgian superstar struggled mightily to find any semblance of form, and Chelsea finished 10th in the Premier League.

Now Conte has a message for his Stamford Bridge charges: Buy into his system, and see your game brought to the level of the world's best.

“We have players, fantastic players, who have great talent but in this moment the world doesn't think they are the same level as Messi, Luis Suarez, Neymar, Cristiano Ronaldo or Paul Pogba.”

“It's important for us to recover Hazard in the best condition: technique, tactical, physical, overall and with the good mentality.”

For two seasons with Chelsea, Hazard was on the level of any player in the world not named Ronaldo or Messi.

He was a shell of himself last season, arguably quitting on Jose Mourinho before having fits and starts under Guus Hiddink. Perhaps it's just a matter of not being able to flip a switch like that in the Premier League, or maybe it's indicative of something bigger.

Hazard captained Belgium at EURO 2016, and scored once in five matches. He'll improve this season, but the odds on him reclaiming “world beater” form are no sure thing.