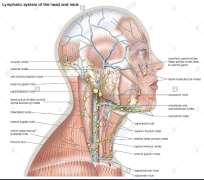 Professor Nwaorgu Onyekwere Benjamin a specialist and seasoned otorhinolaryngologist in the department of Ear, Nose and Throat (E.N.T) of the University College Hospital of Ibadan, Oyo State has recommended accurate diagnosis in the treatment of diseases that affect the ear, nose and throat.

Prof. Nwaorgu gave the recommendation during his inaugural lecture held at Trenchard Hall of the University of Ibadan with the title “STEADY NECK, STABLE HEAD, AND UNOBSTRUCTED THROATH: THE OTORHINOLARYNGOLOGIST AT WORK.

According to him, “the treatment modalities for head and neck cancers include surgery, chemotherapy and radiotherapy. Their successful management depends on accurate diagnosis, tumour stage, and selection of appropriate treatment modality with close post-operative follow-up.

He identified late disease presentation and acceptance of surgical treatment by patients and their families, initial self-medication, poverty and illiteracy as major challenges confronting the management of their patients, and called for:

1 A targeted and well co-ordinated health education and awareness programme for ORL diseases and their prevention at community level, through the various media and even religious organizations should be pursued with the support of appropriate and relevant agencies.

2 Inclusion of therapy for head and neck cancers in the existing National Health Insurance Scheme in Nigeria will likely encourage early presentation to ORL Specialist while also reducing default of treatment.

3 The establishment of world class functional centers for the management of head and neck cancers in the six geopolitical zones of the country. The creation of awareness programmes and encouraging immunization against Human Papilloma Virus and other infective agents will go a long way in prevention of the infection, and other agents that may result in neck infections and abscess.

Earlier in his lecture, Prof. Nwaorgu revealed that it was as a result of the frequent illness in his family that propelled him to study medicine.

The inaugural lecture which dwelled copiously on diseases of the nose, neck, and head with their medical nomenclature, the findings/discoveries made on the diseases, management/treatment of the diseases ended by 6pm yesterday.

The event which witnessed a large turnout of invitees/guest was honourably graced by the Vice-Chancellor of the University of Ibadan, Professor Olayinka Idowu represented by his deputy, Professor Aiyelari Ambrose, the Registrar Mr. Victor Adegoroye among other academic and non academic staff of the university.