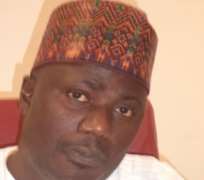 The Senate on Thursday expressed surprise that the All Progressives Congress (APC) leadership made comments on mere speculation and fabrication by an online publication on a purported plan to impeach President Muhammadu Buhari.

The upper chamber lamented that the party leadership failed to find out the truth when it had all the opportunity to cross-check what actually happened at the executive session which held on Tuesday from its members in attendance.

The Senate spokesperson, Senator Sabi Abdullahi, in a statement,  said the comments credited to the National Secretary of the party, Mai Bala Buni, on the falsehood being spread by an online medium, would merely give credibility to a news item which members of the public had disregarded, knowing the reputation of the source.

The statement read in part,  'We expected the party to, at least explore all the options open to it to verify that piece of fabrication which is only the figment of the imagination of the writers and their sponsors.

'It should be clear to the APC leadership that if there is any truth to that story, it should have been credited to a particular Senator who was at the executive session.

Also, the Peoples Democratic Party Caucus at the House of Representatives called for 'caution,'

Saying the impeachment threat was a bit hasty.
The Leader of the caucus, Mr. Leo Ogor, explained that an impeachment process would be difficult to reverse, 'looking that it must be followed through.'

He added, 'That is why as a legislature, we always say impeachment should be the last option.

'It can only come up after all other avenues for dialogue have been exhausted. So, let the senators be cautious in their approach.' - Punch.