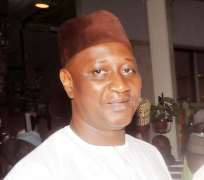 A former president of the Nigeria Union of Journalists (NUJ), Comrade Muhammad Garba, has said that the union is lagging behind other professional bodies because its former members who have scaled top positions in governments are reluctant to support the union.

Garba, made the remarks during a meeting organized by the Northwest Zone of the NUJ in Kano. He observed that while former members of bodies such as the Nigerian Bar Association (NBA) regularly assist serving members by attending their meetings and supporting them, the NUJ does not enjoy such privileges.

He said that there were many former journalists who became governors, ministers, senators and heads of agencies after serving in the NUJ but these professionals simply abandon the union after attaining privileged status.

“It is sad that you never see one or two of these professionals at any event organized by the NUJ. So, I want to remind them to always remember who they were in the past so that they can assist members who are still struggling.

They should remember that they owe their positions and status to their journalistic career while they were members of the NUJ,” Garba who is now the Commissioner of Information in Kano State, said.

Meanwhile, a communiqué issued at the end of the meeting, called on the federal government to respond to calls by Ulamas and traditional rulers in the Northwest to relax the importation of rice through the land borders to bring down cost of food.

The communiqué, signed by Comrade Yusuf Idris, Vice President NUJ Northwest Zone, also raised alarm on emerging security challenges such as kidnapping, cattle rustling and armed robbery, and called on the federal and state governments to arrest the trend.