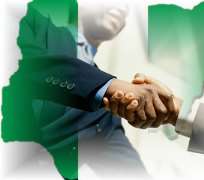 In his coaching career, Richard Templar identified rules people from all walk of life should play by in their journey to the top. Templar wrote on rules of work, rules of life and rules of management among others to guide for people who aspire to stay ahead of the crowd. He even wrote on rules of marriage to help spouses to be better partners!

With artful forgers, con artists and treasury looters flaunting their ill-gotten wealth and grabbing the headlines in the process around the world, it comes as a huge surprise that Templar left out rules of looting which, without doubt, is one of the oldest crimes known to man!

It sounds strange but artful forgers, con artists and looters have set of rules they play by and for which they are prepared to commit the most morally reprehensible of atrocities in their effort to conceal their crime. These people lack self-respect which is to say they have no scruples for shame! Which self-respecting person steals, anyway? They also fight rough and only yield when draconian steps are employed to check them.

With the sustained onslaught on corruption by the Buhari/Osinbajo administration, there is no better time than now to review some of the rules of looting which Nigerian looters are so well versed in! Like Saul Alinsky’s 1971 classic, Rules for Radicals after which it was patterned, Rules for Looters, is generic but, by no means, exhaustive. Nigerians are challenged to add to the list.

RULE 1: Money is not only what you have, but what the enemy thinks you have. Money is either licit or illicit. The more of it you have, the more influential you are. So, loot as much of public funds as you can and let many be at your mercy. Make sure you always have assistants to give pittance to lazy and hungry drummers and singers to sing your praise. Only reasonable people this is odious. Why should you care, anyway? Let the people pay for their stupidity and gullibility! If you subscribe to this golden rule, then all you need know is that loads of money is all you need to buy the best legal minds whose brief is to get you out of the mess you deliberately got yourself into.

RULE 2: After literally hijacking the treasury, sit back and never make the mistake of scampering on the next flight to Europe, the United States of America or Dubai!’ It doesn’t make any sense and failure to abide by this rule might result in confusion, fear and retreat. Ultimately, you may get a long stint in jail. If in doubt, ask James Ibori when he is released from jail at the mercy of Her Majesty as you probably did not have the opportunity to find out from DSP Alameiseigha. Feeling secure adds to the backbone of anyone. Some looters fail to learn. After Alameiseigha cross-dressed to escape Her Majesty’s gallows, it came as a big shock that Ibori, with his famed street ‘wiseness’ scampered out of Nigeria only to land in jail. Had he stayed back to fight, chances are a fraction of his loot would have saved his neck!

RULE 3: Whenever possible, go outside the expertise of the people. Be unsparing in the way you increase insecurity, anxiety and uncertainty among the people. Steal big! The bigger you steal, the bigger the respect people extend to you. Educate yourself on how smalltime thieves got themselves disgraced because they failed to adhere to this rule! Big time looters turn every available space in your house into a bank vault. What is the problem with keeping millions in local and foreign currencies in your home? Soak-aways, basements, overhead tanks and man-holes on farms are attracting the attention of the opposition.

RULE 4: Ridicule is man’s most potent weapon. Never allow the opponent any room to maneuver. There should be no defense. Of course, it is irrational to ridicule the very people you have stolen blind. Ridicule could infuriate opponents. For instance, you should be able to accuse the opposition of unsubstantiated allegation of bribe-taking! But, why should you care? It’s part of the game. The idea, in the first place, is to infuriate the opponent. You have stolen more than enough to get the best brains on your side. What is more, ridicule works as a key pressure point to force opponents into concessions. When next you see red-eyed goons drumming and singing outside a courtroom, then you know the central guy is playing the ridicule game.

RULE 5: A good tactic is one your people enjoy. So, you are constantly accused of throwing money at every problem? What is the problem with that? After all, it is one of the most reliable tactic in the game. To be a good looter, you have to learn all the tricks in the book. People will keep coming to you for bail-out. You have taken care of that by keeping them impoverished! Now, you have to keep doing it because people will keep coming to you for more without being urged. They’re doing their thing, and will even suggest better ones.

Rule 6: As a looter, you should know when to keep out of circulation. You were disgraced at a public gathering! So what? Refuse to show your face at such places and turn elsewhere! When you consider staying out of circulation in defiance of Rule 2, make sure you are yet to be officially tagged a felon. You are not yet a felon so no eyebrows will rise when you jet out to Saudi Arabia for some dubious religious renewal. It is a way of escaping from being disgraced by people who take your money and still stone you in public. After all, you are a looter! You may be Satan’s advocate but, hell!, you are not Satan!

RULE 7: A tactic that drags on too long becomes a drag. Never become old news by allowing yourself to be ridiculed and sent to jail. You have been dragged before a judge for corrupt enrichment or for treasury looting or false declaration of asset or forgery! So what? Get the best lawyers to plead your case. What is wrong with stealing a billion Naira and parting with half of that in legal fees? Your lawyers know the rule of the game is to seek perpetual injunctions. Let the case against you drag for as long as possible. The most vociferous of the opposition will soon get bored. Never forget this important tactic in the book of looting: keep the people excited and involved!

RULE 8: Keep the pressure on. Never let up. The greatest mistake you can ever make is trying new things to keep the opposition off balance. As the opposition masters one approach, hit them from the flank with something new. For instance, you can try your hands on such disingenuous act like forgery! Remember: You must be an expert forger to survive at the game of looting! So, the strategy is attack, attack and attack from all sides and at all times. Never allow the confused opposition to get used to the act or allow them breathing space. Never allow them to rest, regroup and re-strategize.

RULE 9: The price of a successful attack is a constructive alternative. In this regard, never let the enemy to score points because you’re caught without a solution to the problem! Of course, you are always part of the problem of the people because as a looter, you are never going to be part of the solution.

You remain part of the problem, so what? The opposition will do everything to take their place at the table. That is always their strategy, their agenda! They want to be given a forum to wield their power because they want to have a compromise solution. You are a looter, never allow the opposition any breather!

RULE 10: Pick the target, freeze it, personalize it, and polarize it. Go after institutions and not the people; institutions hurt faster than people. Get cronies, some of them bigger looters than you are, to try to push through sterile and infantile laws that denigrate and seek to abbreviate powers of anti-graft institutions and their heads. It does not matter whether those institutions are directly involved in some of the several high-profile corruption cases stacked against you. Of course, the opposition make the necessary noises but for you, this strategy is one critical means of survival. Direct, personalized criticism and ridicule work well. This looks foolish, eh? You are a looter so, why should you care?

Magaji is based in Abuja and can be reached at