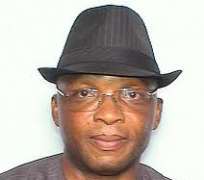 The APC in a statement signed by its Spokesman, Senibo Chris Finebone said, “The APC believes that the appointment of Dr. Sokonte Davies is the best example of putting a square peg in a square hole because of the wide experience Dr. Davies has to his credit spanning many years of service especially within the public sector in Nigeria.”

The opposition party in Rivers State, profoundly thanked President Buhari for reposing confidence in one of their party leaders in Rivers State as demonstrated by this latest appointment of Dr. Davies into a critical and sensitive national establishment such as the NPA.

“The APC has no iota of doubt that Dr. Sokonte Davies will excel and very well surpass the expectations his new appointment imposes on him by diligently delivering on the tasks and targets of his new call to service to the Nigerian nation” the statement declared.