NASA, WE'VE GOT A PROBLEM, BUT IT CAN BE FIXED 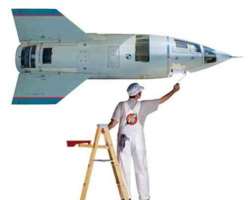 A half century after the moon landing, why isn't NASA venturing somewhere more exotic?

During his trip to the Kennedy Space Centre this week, President Barack Obama will be confronted with an awkward political reality: when it comes to space exploration, sometimes even Republicans can be passionate advocates for the public option.

They've joined with Democratic colleagues in Congress to oppose Obama's plan to reduce National Aeronautics and Space Administration's missions and to encourage private companies' rockets to haul cargo and astronauts into space. Obama's critics accuse him of abandoning NASA's glorious trailblasing tradition – and maybe, if your constituents have jobs at NASA, it's possible to see something pioneering about an agency whose flagship goes a few hundred miles into space.

But four decades after the moon landing, why isn't NASA venturing somewhere more exotic? The glory days of the Apollo moon missions were possible only because of the race against the Soviet Union, and Obama could revive that spirit by starting a new space race. But not if he gives in to demands to keep NASA wobbling along in current fashion.

The main problem with NASA is not lack of money. But space exploration has become so costly that this level of financing won't even pay for a return to the moon anytime soon, which is what prompted the White House to cancel the Bush administration's lunar mission.

Normally, once a pioneer makes the first trip somewhere, the cost goes down as others follow and technology improves. That's why so many colonists could follow Columbus to the New World, and why the masses today can afford to fly in Lindbergh's path back to Europe. The real costs of shipping freight by rail and air have declined by an order of magnitude since locomotives and airplanes were invented.

In space transportation, though, many costs have actually risen since the days of Apollo. NASA estimates that each seven-person space shuttle mission now costs about $65 million per astronaut, and outside experts say the true cost, once you add in all shuttle-related expenses, is double or triple that figure. Even a cramped trip to the space station on the Russian government's Soyuz will cost the United States more than $50m per astronaut.

Elon Musk has promised to do the job for just $20m by building his own rocket, which is being readied for a test launch next month. His company, SpaceX, is saving money through innovations like assembling the rocket horizontally inside a prefab hangar here at Cape Canaveral, thereby avoiding the costs of the customised towers and scaffolding used by NASA to assemble its rockets vertically.

The most important innovation for the space program, Musk said, would be to get away from the old 'cost plus' model in which NASA contractors are guaranteed a profit on top of whatever costs they incur.

'The cost-plus approach encourages aerospace companies to find the most expensive way to do something and drag it out as long as possible,' said Musk, the entrepreneur who co-founded PayPal. 'Future contracts should be given to meet milestones based on objective design reviews and actual hardware completion. If a company meets the milestone, they get paid. If not, they

don't.'
Under Obama's new plan, there would be further encouragement for SpaceX and other private companies. The traditional aerospace companies remain leery of the plans, as my colleague Ken Chang reported Monday, but there are other upstarts besides SpaceX working on projects to get humans into space, and they would be potential competitors.

While private companies would ferry humans and cargo into orbit, NASA would be redirected into basic research and development of technologies for trips far beyond Earth, according to Obama's plan. This R&D, as White House officials are quick to note in preparation for their Florida trip, would provide jobs in some of the congressional districts affected by the closing of the shuttle and lunar programmes.

In theory, it could make sense for NASA to be doing the high-risk advanced research that could yield breakthroughs for a trip to Mars. But how much progress would NASA actually make?

One way to encourage innovation would be to convert some of NASA's divisions into versions of the Jet Propulsion Laboratory, which has successfully sent robotic probes across the solar system. The laboratory is financed by NASA but operated by CalTech, and therefore freer to innovate outside of political and Civil Service constraints. A presidential commission in 2004 recommended that NASA convert some of its research centers to this academic model, but the agency's bureaucracy showed little interest in surrendering control.

Another way to prod NASA would be to set specific goals. Robert Zubrin, the president of the Mars Society, argues that NASA has been effective only when given a definite destination and hard timetable – the Apollo Mode, as he calls it, which is still used successfully on robotic missions.

But since the moon landings, he said, the human spaceflight program has been stuck in the Shuttle Mode, in which the agency develops technologies to please bureaucratic and political constituencies. Instead of looking for the best ship to reach a goal, it looked for a goal (like the space station) to justify the ship. To Zubrin, the new Obama plan looks like more of the Shuttle Mode.

Zubrin would like to see NASA committed to a goal like building a ship to reach an asteroid by 2016 (a year that would just happen to fall within a second Obama term) as preparation for a journey to Mars. That's not a bad goal, although I can't see how the agency could afford to make the trip itself.

What it could do is oversee a competition among companies like SpaceX or whatever nonprofit groups wanted to participate. It could offer a series of prizes, like the cash bonus that Lindbergh collected for crossing the Atlantic. Or there could be contracts given to the competitors that would be based strictly on their performance, not on their costs.

What if Obama, in Kennedyesque fashion, started a race to Mars in which NASA set milestones along the way and rewarded competitors only when they passed each one?

'It'd be cool to set a Mars goal,' Musk said. 'Personally, I think it could be done in 10 years.' Maybe he's being overoptimistic, but what's the harm in letting him – and everyone else – go for it?