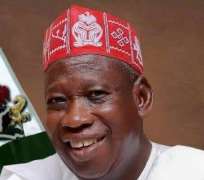 I Kano State government has announced plans to construct a total of 2,000 housing units that would each cost N2.7 million for the benefit of low and average income earners.

The state Commissioner of Information, Comrade Muhammad Garba, said this during a meeting organized by the Northwest Zone of the Nigeria Union of Journalists.

Comerade Muhd Garba said the decision to construct the houses was taken following consideration by the government that the houses built by the previous administration were “too expensive and not for the masses.

The previous government constructed houses but they are too expensive for people at the grassroots. The prices of those houses range from N5 million, N10 million to N 15million. Though the project was a laudable one but the houses are too costly. But Governor Abdullahi Umar Ganduje is a grassroots man who always puts the interests of the masses first,” he said.

The commissioner also said the state government has been able to empower 10,000 youths including 1,136 midwives since it came into power a year ago, adding that such empowerment would drastically reduce unemployment in the state.

On the welfare of workers, Garba said in spite of the severe cuts in federal allocations to the state, the government has never defaulted in paying salaries to its workers.